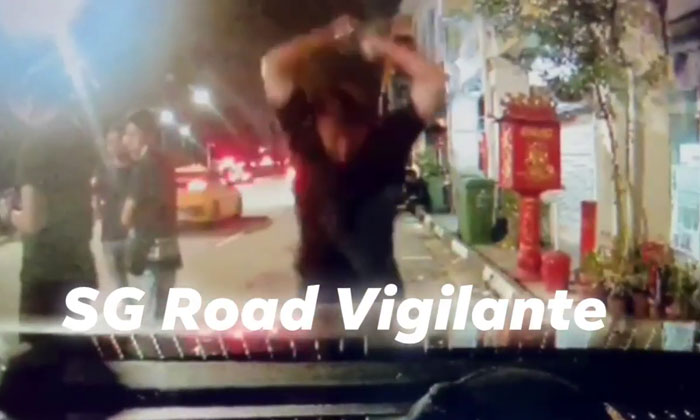 A 39-year-old man is assisting police with investigations after he was caught on video smashing the bonnet of a car with both of his fists at Geylang Lorong 1 in the early hours of Dec 5.

Footage of the incident was shared on SG Road Vigilante's YouTube channel.

In the video, the man is seen standing with a group of friends before walking over to the car and smashing it.

According to a police report included in the video, the driver had rented the car.

He was in the area to have supper at about 4am and when he returned to this car, he saw its bonnet was dented in two places. The side mirror was damaged too.

The driver added that the group of four men were heard talking about damaging the car before leaving in a taxi together.

In response to a Stomp query, the police said they received a report about a man who allegedly damaged a car parked along Geylang Lorong 1 on Dec 5.

"Through ground enquiries, officers from Clementi Police Division established the identity of the 39-year-old man," a police spokesman said.

"The man is assisting with police investigations in relation to the case."