Man flees during police check and struggles when pinned down, arrested for drug-related offences 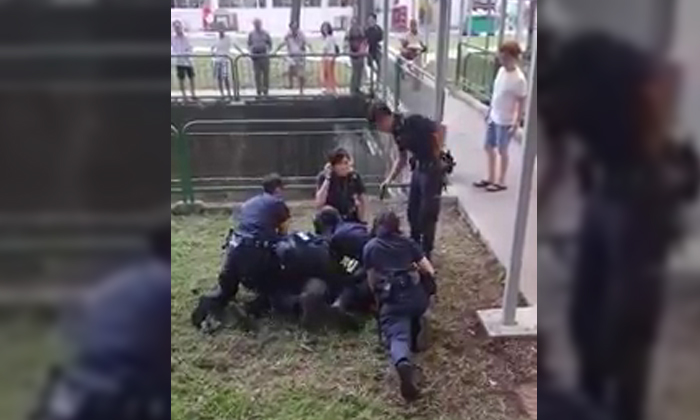 A 34-year-old man was arrested for drug-related offences following a struggle with police officers in Redhill on the evening of Sep 29.

A Facebook video posted on Tuesday (Oct 9) shows the suspect being pinned down on a grass patch by several officers as a crowd watched nearby.

Stomper Sufian, who alerted Stomp to the video, said the incident occurred "in front of Block 82 Redhill Lane, behind Block 84".

In response to a Stomp query, the police said they were conducting an operation in the vicinity of Redhill housing estates at around 6.30pm when they did a check on the suspect.

The man fled when officers asked for his identity. Despite repeated warnings, he continued to struggle and refused to comply with officers' instructions after being detained.

"Substances believed to be controlled drugs and drug paraphernalia were found in his possession," added a police spokesman.

The man was subsequently arrested for suspected drug-related offences.

The case is being investigated by the Central Narcotics Bureau (CNB).