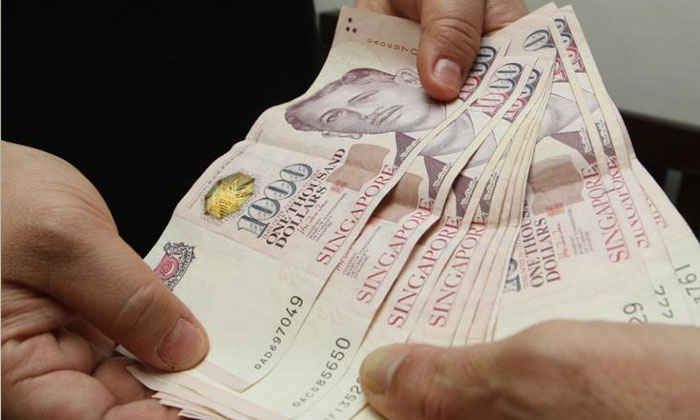 A 52-year-old man, Low Buay Huat, claimed that he became a loan shark to pay off gambling debts owed by his wife.

Among his customers were taxi drivers, pimps and even contractors. Low charged them interests as high as 28 per cent every month.

He faced a total of 38 charges and pleaded guilty to 10 of them, under the Moneylenders Act, and one count of failing to submit to the Official Receiver a statement of affairs of HTR Technologies while he was a director of the company.

Court documents revealed that Low and a co-accused, Seah Han Leng, 45, were drinking at Orchard Towers when a friend, Mark, told them that he knew a lot of pimps and taxi drivers operating near the Orchard Road building who were always in need of money.

Low and Seah thus decided to start an illegal moneylending service, each raising $10,000 for their 'enterprise'.

For every $1,000 Low loaned out, he would charge an additional $10 every day until the debtor paid off his debts.

The business grew, and a friend introduced a contractor as a potential client and Low increased his investments to $70,000.

During the time of his arrest, Low was providing loans to over 21 individuals, with over $177,500 loaned out.

He was collecting between 20 and 28 per cent interest every month.

During his mitigation plea, Low’s lawyer said that his client’s wife was a gambling addict and Low was compelled to become an illegal moneylender so he could pay off her debts.