Man caused accident that injured baby son, wife and pedestrian after falling asleep at the wheel 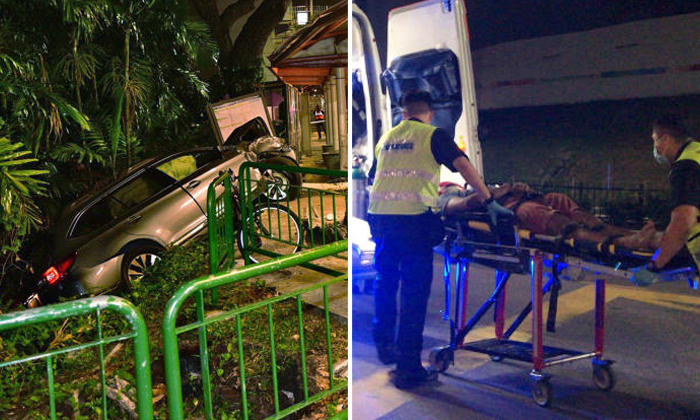 A man nodded off as he was driving a car along Kampong Bahru Road in September, causing an accident that injured three people, including his 10-month-old son.

The boy fractured his skull and has since recovered, the court heard.

The 27-year-old father was fined $7,000 on Friday (Dec 6), after pleading guilty to causing grievous hurt to his son by negligent driving.

He also admitted to one count of causing hurt to a pedestrian while driving in a negligent manner.

The man, who has been disqualified from driving all classes of vehicles for two years, cannot be named as his son is a minor. Revealing his name could lead to identifying the child.

The man was driving along Kampong Bahru Road, with his wife and son in the vehicle, at around 11.45pm on Sept 7 when he fell asleep at the wheel.

The vehicle veered to the left, mounted a kerb and struck Mr Tennakoon Mudiyanselage Hasitha Presad, 37, who was standing at a bus stop. The car came to a stop and the driver woke up.

Mr Tennakoon suffered injuries, including abrasions on his limbs, and was taken to hospital. The Sri Lankan was discharged the next day with 28 days of hospitalisation leave.

The child was hospitalised and discharged two days later.

His 28-year-old mother was found with redness to her forehead and left eye. She received outpatient treatment, the court heard.

On Friday, defence lawyer Christian Teo told District Judge Hamidah Ibrahim that his client was not feeling well on the day of the accident.

For causing grievous hurt by negligent driving, the man could have been jailed for up to two years and fined up to $5,000.

Offenders convicted of causing hurt by driving in a negligent manner can be jailed for up to six months and fined up to $2,500.