Man assaulted friend after drinking session, threatened to kill cop and tried to remove his mask 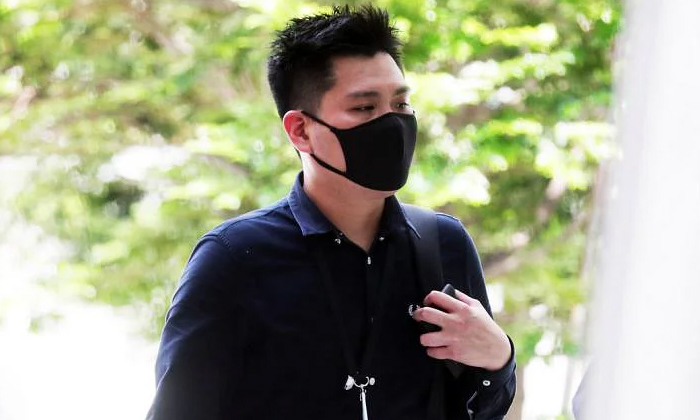 Intoxicated after a drinking session, a man assaulted his friend after a dispute in a restaurant in the Orchard area, prompting other patrons to intervene.

When police officers who were alerted later approached the pair outside the restaurant and attempted to interview them, Sim Hui Chun insulted one of them, Sergeant Yan Lufeng, and threatened to kill him.

The Singaporean had pleaded guilty to a charge under the Protection from Harassment Act by using insulting and threatening words against a public servant and another charge of causing annoyance while drunk.

Three other charges were taken into consideration for sentencing.

The incident started at around 9.15pm on July 1, 2021, in Shinjuku Restaurant at Cuppage Plaza.

After uttering insulting words at Sgt Yan, Sim threatened him in a mix of Mandarin and English: "Sir, you give me your address, if I can kill you I'll definitely kill you."

He then tried to remove Sgt Yan's mask with both hands before he was arrested.

In his mitigation, defence counsel Si Hoe Tat Chorng said the violence Sim committed against his friend was precipitated by teasing that Sim had repeatedly lost his job.

He added that his client had been receiving psychiatric care relating to the loss of his job. Court documents did not state Sim's occupation at the time.

"When (Sim) found himself triggered by his loss of employment, he would drink. His actions were not premeditated... There was no striking of the police officer," said Mr Si Hoe.

Those convicted of harassing a public servant can be jailed for up to a year, fined up to $5,000, or both.

Those causing annoyance while drunk can be jailed for up to six months, fined up to $1,000, or both. The fine can be doubled for repeat offenders.