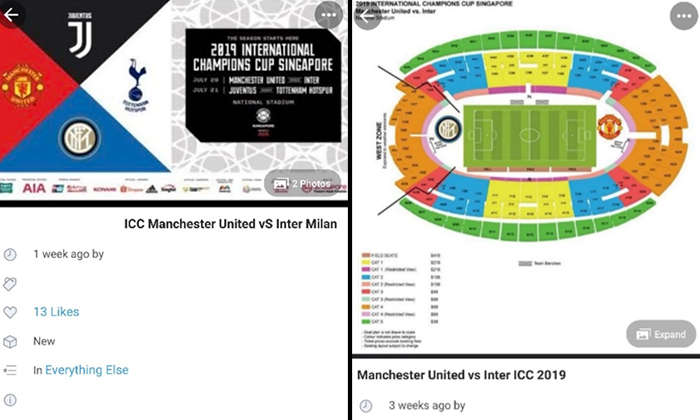 The police have arrested a 25-year-old man for his suspected involvement in a series of e-commerce scams.

In July, the police received several reports from victims who were allegedly cheated by an online seller that listed discounted tickets of International Champions Cup for sale on Carousell.

Through investigations, officers from the Commercial Affairs Department identified the man and arrested him on Tuesday (July 30).

Preliminary investigations revealed that he is believed to be involved in more than ten cases of e-commerce scams amounting to at least $3,800.

The man will be charged in court on Thursday (August 1) with cheating. If convicted, he will face a jail term of up to ten years and a fine.

For more information on scams, members of the public can visit scamalert.sg or call the anti-scam hotline at 1800-722-6688.

Anyone with information on such scams may call the Police hotline at 1800-255-0000 or submit information online at www.police.gov.sg/iwitness. All information will be kept strictly confidential.