Man and woman arrested for selling fake goods worth more than $100,000 online 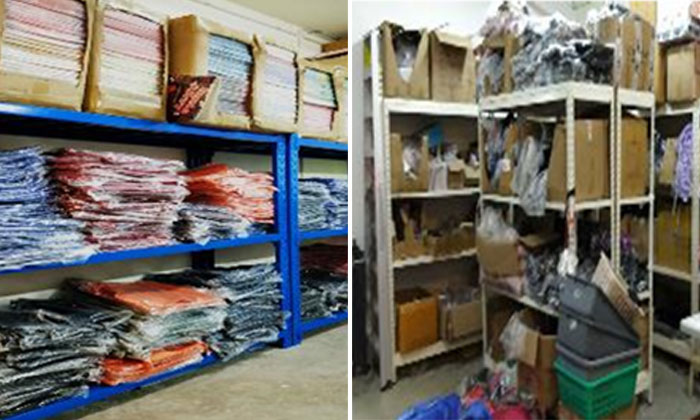 A 27-year-old man and 26-year-old woman have been arrested for allegedly selling counterfeit goods online.

The police said in a statement that the suspects were arrested in a 12-hour operation on Mar 8.

A total of 4,704 pieces of trade mark infringing goods such as bags, pouches, caps, floor mats and cardholders were seized.

Preliminary investigations revealed that the suspects used an e-commerce platform to order these counterfeit goods from foreign sources before selling them locally via another online platform.

The police said that they take a serious view of intellectual property right (IPR) infringements and will not hesitate to take strict enforcement action against perpetrators who show blatant disregard for the law.

"With the growth of e-commerce platforms, members of the public are advised to be careful of counterfeit products being sold on such platforms," the police said.

Those found guilty of selling or distributing goods with falsely applied trademarks may be fined up to $100,000 or jailed up to five years, or both.