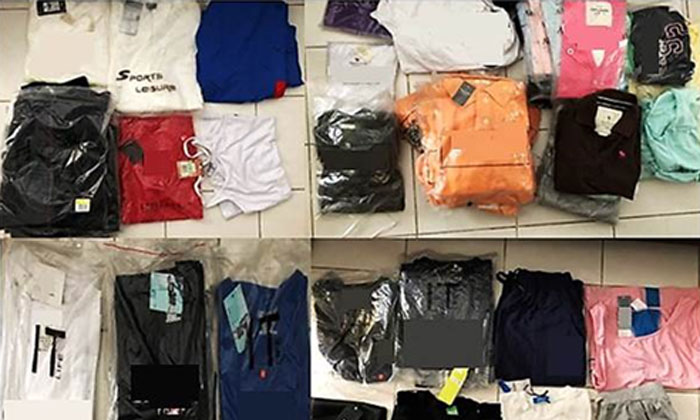 A man and a woman were arrested for importing and possessing counterfeit products, the Singapore Police Force and Singapore Customs said in a joint statement on Saturday (Feb 10).

Counterfeit apparel worth more than $120,000 was seized in a 14-hour joint operation by officers from the Criminal Investigation Department (CID) and Singapore Customs.

Singapore Customs had inspected a consignment suspected to contain counterfeit clothing at a warehouse in Pioneer Sector on Monday (Feb 5).

It detained the clothes after the brand owners confirmed that the items were counterfeit, and alerted CID to the case on Tuesday.

CID and Singapore Customs carried out simultaneous raids on Feb 8, leading to the arrest of the two suspects.

A total of 6,097 fake items was also seized, and investigations are ongoing.

Anyone found guilty of importing, possessing or distributing goods with falsely applied trademarks for the purpose of trade can be jailed for up to five years and/or fined up to $100,000.