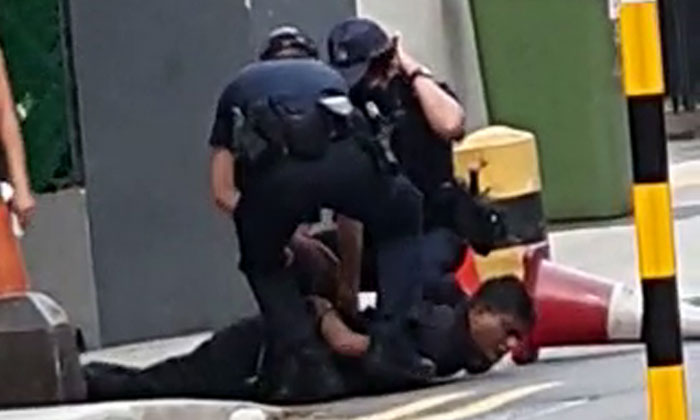 A 49-year-old man was arrested for public drunkenness after causing a scene along Killiney Road on Apr 10.

A Stomper alerted Stomp to a video of the incident that has been circulating on social media with some posts falsely claiming the man had been arrested for flouting elevated safe distancing measures.

In the video, the man is seen lying on the ground outside Grains & Hops as police officers restrain him.

He is then escorted across the road as passers-by look on.

The police said in a statement on Tuesday (Apr 14) that they responded to a case where a drunk man was causing a public nuisance along Killiney Road at about 6.30pm.

"The 49-year-old man was subsequently arrested for drunkenness in public places under the Liquor Control Act," the statement said.

"The police are aware of videos circulating via text messaging services and online platforms that either give the wrong impression or falsely claim that the police officers had arrested the man because he had flouted elevated safe distancing measures.

The police also urged members of the public not to spread unsubstantiated information which may cause public alarm.