Drunk man arrested for causing annoyance at Pioneer Mall's McDonald's: 'Why look down on me?' 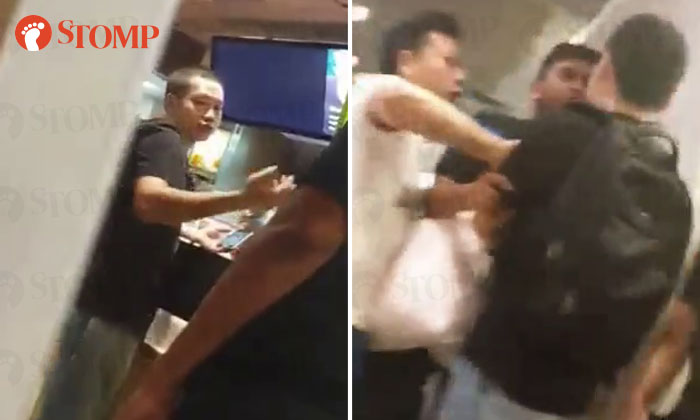 A 34-year-old man was arrested for causing annoyance while drunk at a McDonald's outlet in Pioneer Mall on Wednesday night (Jan 1).

Stomper Anonymous alerted Stomp to the incident and shared videos he took at the scene.

The man started making a scene after ranting that no one understood his order.

Despite one man offering to help him order, he shouted repeatedly in Mandarin: "Why are you looking down on me?"

Several other diners tried to calm the man down while he tried to pick a fight with some of them.

When one man told him the police had arrived, he replied, "So what?"

In response to a Stomp query, the police said they received a call for assistance at Block 638 Jurong West Street 61 at 11.51pm.

"A 34-year-old man was subsequently arrested for causing annoyance when drunk under the liquor control act," a police spokesman said.

A McDonald's spokesman issued the following response to Stomp: "We are aware of the incident that took place at our Pioneer Mall restaurant on Thursday, 2 January, at around 12.30am.

"Our restaurant managers attempted to manage the situation calmly and had the police involved to assist in resolving the dispute.

"We are in contact with the police and will cooperate with them throughout the investigation."