Man, 30, abused GF, 54, by hitting her, tying her to chair and threatening her with samurai sword 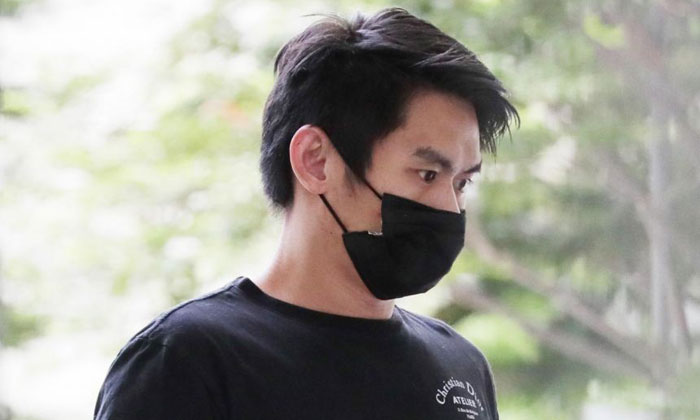 Unhappy with his girlfriend, a man beat her up and tied her to a chair on another occasion.

In a separate incident, Joshua Ng Weijie even threatened the now 54-year-old woman with a samurai sword.

The 30-year-old Singaporean pleaded guilty on Tuesday (March 16) to one count each of assault and criminal intimidation.

He also admitted to three other unrelated charges, including drug consumption and driving without a valid licence.

Ng was then sentenced to three years and five months' jail, fined $2,100 and disqualified from driving all classes of vehicles for a year.

The woman's name has been redacted from court documents and defence lawyer S. S. Dhillon told the court on Tuesday that the couple are still together.

The court heard that, at the time of the offences, Ng and his girlfriend were living together in a condominium unit which she had rented.

Deputy Public Prosecutor Daphne Jazreen Chee said that the pair had been together since 2017.

But Ng became abusive and assaulted his girlfriend in January and March last year after they argued.

The DPP added that some time in early April last year, Ng asked his girlfriend to borrow $3,000 from a loan shark.

The woman did as she was told and reminded him to repay the loan on time. Ng became angry when he heard this and punched her face, the court heard.

The couple had another tiff at around 3am on April 25 last year and Ng assaulted his girlfriend after she told him to go to sleep.

The DPP said: "Thereafter, the accused left the bedroom briefly before returning with a samurai sword.

"He then unsheathed the sword in front of (the woman) and placed the blade of the sword against her left collar bone."

The court heard that the woman alerted the police at around 5pm that day and officers arrested Ng soon after.

She was taken to hospital where she was found with multiple bruises, including on her chest and right shin.

Separately, the court heard that Ng had consumed methamphetamine and drove a car without a valid licence last year.

Related Stories
Doctor jailed and caned for beating up GF on multiple occasions struck off medical register
Woman who abused family friend till 'near death' state, twisted her toe with pliers gets 8.5 years' jail
Woman in near-death state after being forced to eat soiled food with urine, had toes twisted by pliers
More About:
domestic abuse
domestic violence
abuse
couple
court
jail
fine