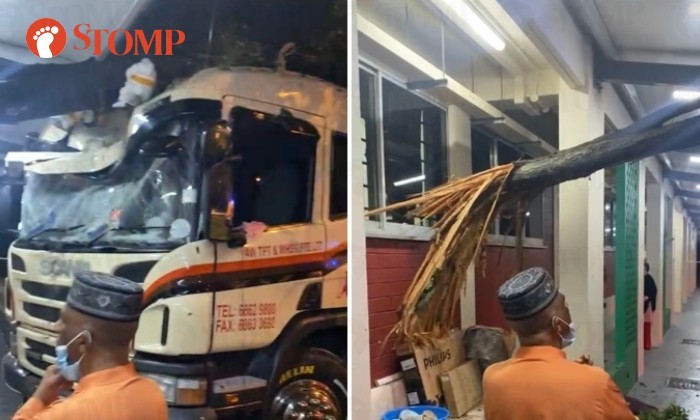 A 32-year-old lorry driver was arrested for drink driving and careless driving after he crashed into Block 152 Yung Ho Road on Monday (Nov 16).

The police told Stomp in response to queries that they were alerted to the accident at 12.29am.

"He was subsequently arrested for drink driving and careless driving."

A Stomper shared a video of the aftermath of the accident, which shows the windscreen of the lorry completely smashed.

The video then pans to two residents who appear to live in the flat that the lorry almost crashed into.

Both women seem confused at first, until the woman in orange lightens the mood and shows a 'peace sign' to the cameraman.

Other residents at the scene can be heard discussing about what happened. 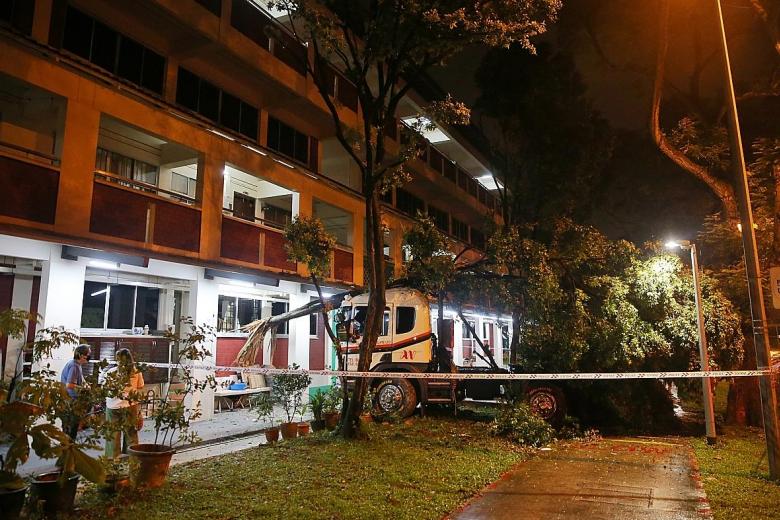 According to Chinese-language newspaper Shin Min Daily News, a resident said he and his family members were asleep when the accident happened.

He added that they were fortunate the tree broke the impact of the crash, or the consequences could have been more severe.