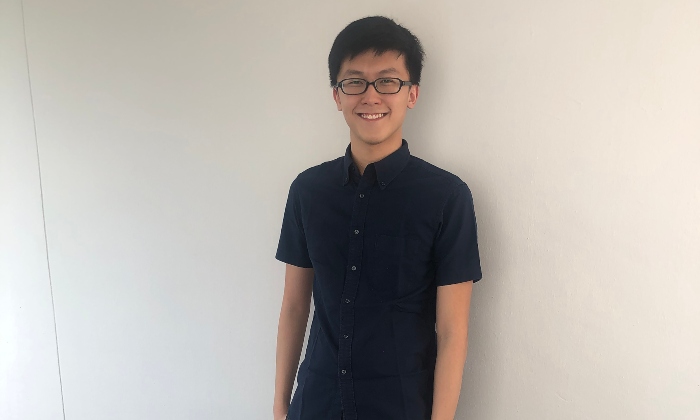 No Pause Button to Game Excellence

When an eight-year-old Alex Oh started playing computer games and was hooked on them, his parents saw his gaming habit as a disturbing addiction.

Eventually, they embraced gaming as a part of Alex’s identity. It was Alex’s mother who suggested that he turn his passion into a career. Her wisdom ignited his drive to learn the art of game creation from a young age.

In ITE, he chose to take up Nitec in Digital Animation and after serving his National Service, he embarked on his dream course - Higher Nitec in Games Programming & Development. The two courses played to his strength. With an appreciation of the artistic aspects of gaming from his Nitec course, he furthered his skills in games development through the Higher Nitec course.

Alex participated in several gaming competitions and showcases, and even published two games. These experiences have not only added to his strong portfolio, but also nurtured his confidence in presenting his creations to his peers and industry players.

Alex studies gaming beyond schooling hours and savours every opportunity to learn more. Today, his parents have a different concern – their 24-year-old is addicted to honing his game development skills and seldom takes a break in pursuing his passion.

Success is a Multi-Player Game

Alex shared: “My ITE lecturers believed in me and encouraged me to join my first game development competition, despite my self-doubts.

"They supported me and fed my never-ending hunger for more knowledge, with lessons beyond the school time-table. I am addicted to learning the programming and artistic sides of game development.

"I enjoy creating the storyline for games and touching someone’s life when he or she plays the games I create. Games can bring joy and meaning to a person, and even develop qualities like problem-solving skills and optimism.”

Alex is pursuing the Diploma in Game Design & Development at Singapore Polytechnic. He dreams of starting a gaming studio and putting Singapore on the world map in the gaming industry.

Related Stories
ITE student gets perfect 4.0 GPA while juggling volunteer work and being orchestra president
ITE student was disinterested in studies but family's support motivated him to change for the better
Student council president not "studious" but achieved excellence at ITE thanks to teachers and peers
More About:
ITE