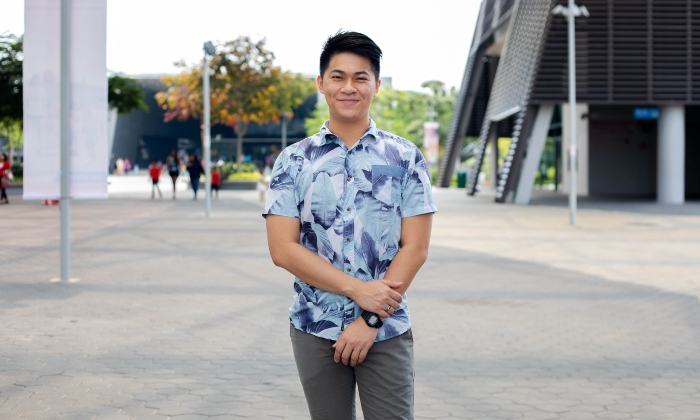 As a youth, Samuel mixed with the wrong company and often got into trouble. Enrolling in ITE in 2012, he was disinterested in his studies and did not do well.

Over time, his family’s unwavering support moved him and motivated him to change for the better. After National Service, Samuel enrolled in the Nitec in Aerospace Technology course to pursue his interest in aircraft. He was then determined to start anew and prove himself.

Driven by this spirit, Samuel excelled in his studies. He also actively participated in various community service projects and leadership programmes.

Establishing his strong leadership abilities, Samuel was elected President of ITE College Central’s Student Council. He was well respected as a caring leader, who often took time to help others with their personal challenges.

Samuel shared: “I am thankful that ITE gave me a second chance to succeed. The greatest takeaway I had from my time at ITE was learning to be a leader.

"Through the many events and forums that I participated in, I learnt to step out of my comfort zone and grow my leadership skills.

"The greatest satisfaction of being a leader is knowing that I have left a positive impact on those around me.”

Samuel is undergoing training at GE Aviation as a repair technician, under the Work-Study Diploma (WSDip) in Aircraft Engine Maintenance programme.

Related Stories
Student council president not "studious" but achieved excellence at ITE thanks to teachers and peers
Student was one point shy of qualifying for poly but credits ITE for becoming all-round achiever
Ritz Carlton Hotel manager calls ITE student with love for floristry the best intern they ever had
More About:
ITE