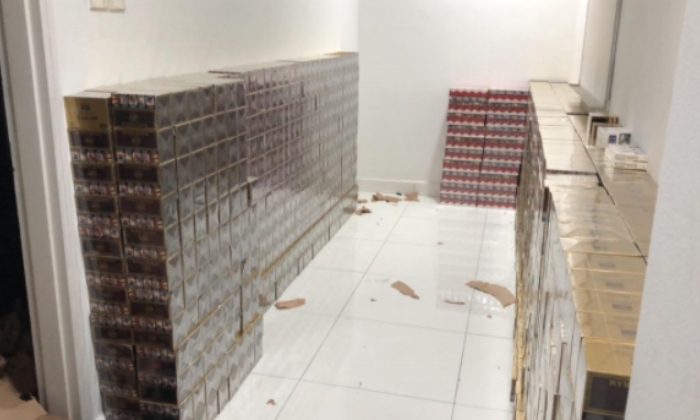 A 48 year old Indonesian man was arrested for his suspected involvement in smuggling duty-unpaid cigarettes into Singapore during an operation on Saturday (Jan 16) at about 9.45pm.

The operation was conducted by the Police Coast Guard (PCG) and supported by the Immigration & Checkpoints Authority (ICA), Maritime and Port Authority of Singapore (MPA) and Singapore Customs.

The police said in a statement that PCG officers conducted the enforcement operation on board a foreign-registered tugboat berthed at Tuas, which led to the arrest of the Indonesian man.

"A total of 1600 cartons and 23 packets of duty-unpaid cigarettes were seized as case exhibits," added the police.

Investigations by Singapore Customs are ongoing.

"PCG will continue to work closely with the community, maritime and enforcement agencies to safeguard our waters and sea borders against crime and security threats, including smuggling activities," said the police.

Buying, selling, conveying, delivering, storing, keeping, having in possession or dealing with duty-unpaid goods are serious offences under the Customs Act and the GST Act.

Members of the public with information on smuggling activities or evasion of Customs duty or GST can call the Singapore Customs hotline on 1800-2330000 or email customs_intelligence@customs.gov.sg to report these illegal activities.