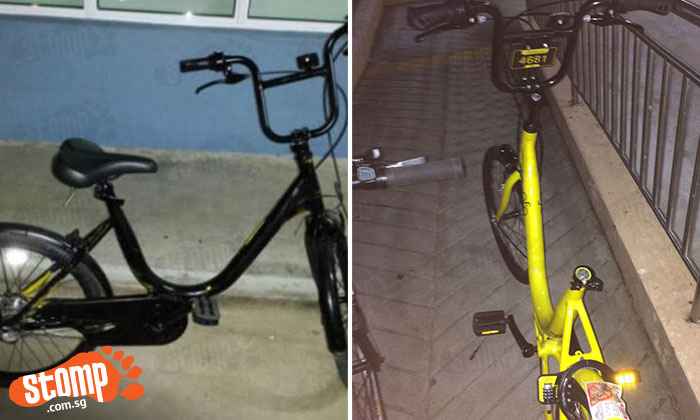 Say what you may, but it seems Singaporeans just don't deserve the nice toys.

Stomper Daniel was infuriated when he chanced upon not one, not two, but three cases of people abusing Ofo bikes -- all within the span of a day in Serangoon.

In the first case, Daniel discovered three Ofo bikes which were chained together with a purple lock, near Saint Gabriel's Secondary School yesterday (May 11) morning.

As he was heading home, he found two more Ofo bikes in the same block, one with its seat stolen, while the other one was painted black, and its licence plate was removed.

“I’m disappointed by the actions of these selfish and inconsiderate people.

“Why do they have to destroy and steal the bikes which are for public use?”