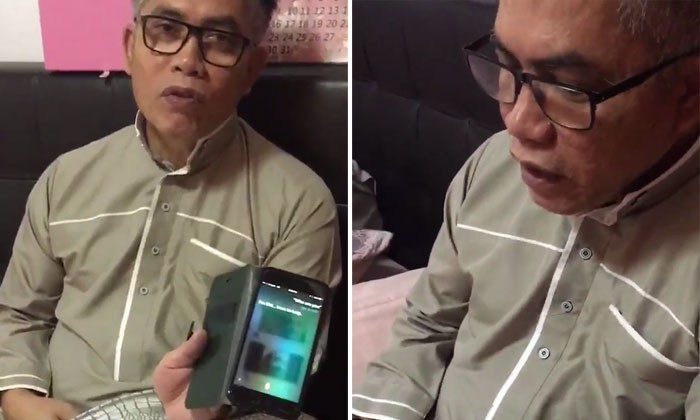 Huda Sajali's walked into her father's bedroom and found him talking to his phone device but Siri was not entertaining him.

Huda posted on Twitter a video of her father having a little chat with his electronic device and netizens are laughing at what was being said.

After Huda's father complain to her about Siri's ignorance, he was taught to press the microphone button and asked Siri, "Siri, are you there?"

Siri answered in a male voice and said, "Sorry, I was tidying up."

Huda's father laughed heartily and asked Siri,"What are you tidying?"

Many commented that the elderly man in the video was very cute and related to the action of talking to Siri.

Watch the video below to find out how it all ends.

i caught my dad talking to siri.. HAIS AHAHAHHAHAHA HAHAHAHA ok bapak i love you pic.twitter.com/ot8IGuoSqq