Importer, director fined over illegal imports of meat, seafood and other food products 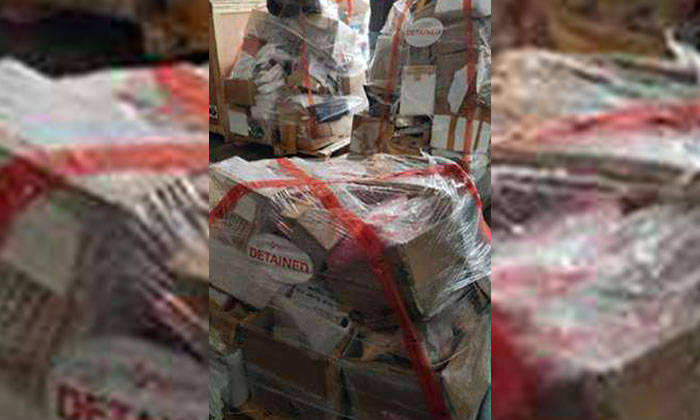 An import company and its director were both fined on Wednesday (Oct 27) over illegally importing meat, seafood and other food products.

Around 735kg of meat and seafood products, 10kg of fresh fruit and vegetables and 503kg of processed food products from Indonesia were seized after the Singapore Food Agency (SFA) found that they were illegally imported by Reliable Transport & Logistic Services.

Immigration and Checkpoints Authority (ICA) officers at Changi Airfreight Centre had detected the consignments last year and referred the case to SFA, the agencies said in a joint statement.

The company was fined $20,000 for illegally importing the goods without a valid licence while its director Hardinizam Khairuddin Muhammad, 35, was fined $15,000 for failing to exercise due diligence to prevent the offence from being committed.

Food can only be imported by licensed importers and every consignment must be declared and accompanied with a valid import permit, said the statement.

Illegally imported food products are from unknown sources and can pose a food safety risk, it added.

It also said that meat and meat products can only be imported from accredited sources in approved countries that comply with Singapore's food safety standards and requirements.

Offenders who illegally import fresh fruit and vegetables may be fined up to $10,000, jailed for up to three years, or both, if found guilty.

It added that ICA would continue to conduct security checks to detect and deter smuggling attempts.

SFA will continue to safeguard food safety through its integrated food safety system, which includes strict import regulations and enforcement, the statement said. It added that SFA will work closely with border control agencies to deter illegal import across Singapore's borders.

Correction: An earlier report said that ICA officers at Changi Airfreight Centre had detected the consignments last week. It should have been last year. We are sorry for the error.