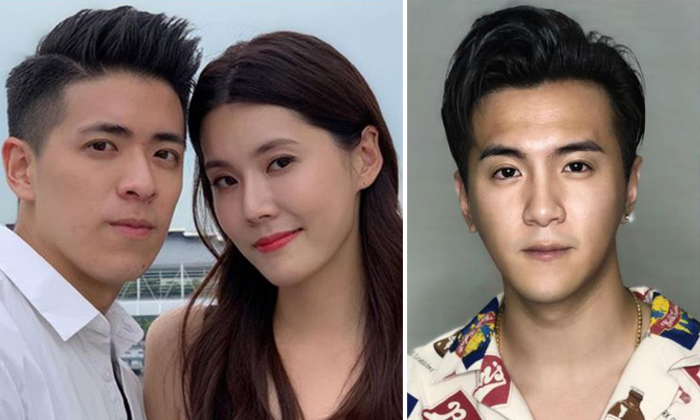 Mediacorp actor Ian Fang has apologised for the scandal over a series of leaked text messages with fellow artist Carrie Wong, breaking his social media silence after news about the incident broke last week.

But his apology sparked a retort from Wong's boyfriend, Taiwanese model Boris Lin, who appeared to question Fang’s rationale for issuing it and the actor's sincerity.

On Sunday morning (May 19), Fang, 29, posted on Instagram a screenshot of a note written in Chinese, apologising to those affected by the incident, including Yanxi Palace actor Lawrence Wong. It was Fang's first Instagram post since May 11.

"One needs to be accountable for their mistakes and face the consequences, and I will take responsibility for this incident and reflect upon my words and actions," the note read.

The events in the past few weeks have reminded me that there are consequences to everything that I say and do. To all parties involved, and everyone I have caused hurt and inconvenience to, I am extremely and sincerely sorry. I promise to take this lesson to be a better person. To my fans, colleagues, friends, and most importantly my mother, I thank you for your support and I apologize for the immense disappointment you have experienced. I can only hope that you give me a second chance as I continue to learn from my mistakes. I am truly sorry.

Fang added that he has engaged a lawyer to handle matters regarding the privacy breach and false allegations that have been made.

"I hope that the public can give me a chance to change for the better, and to prove myself," he wrote.

"I will not hurt those who love or support me, or cause my mother to shed tears over me again."

In his apology, Fang thanked Mediacorp's artist management arm The Celebrity Agency (TCA) for its support and advice as the scandal unfolded.

"To be a good actor, I need to be a good person, and I have much to learn," he said.

The leaked private chats between Fang and Carrie Wong, 25, included coarse language that suggested they had a physical relationship.

The chats also criticised actor Lawrence Wong, who is currently working with Carrie Wong on upcoming Channel 8 production My One In A Million. One of Fang's leaked messages said: "You have to win (Lawrence Wong) and let him know that we don't rely on connections, looks or luck."

On Saturday, Carrie Wong's boyfriend, Lin,released a statement about the matter through his lawyer which was posted on his Instagram account. In the statement, Lin said that the actress had done nothing wrong and that the pair's relationship was fine.

"I hope that after this matter, Mr Fang can stop trying to get between our relationship, and respect himself and his friends," Lin said in the Chinese statement.

TCA said in a statement on Friday that police reports have been made following the leak, and it has sought legal advice on the issue.

But hours following Fang’s statement on Sunday, Lin posted in Chinese on Instagram a message seemingly in response to the Mediacorp actor.

In his post, Lin did not mention Fang directly, but questioned why a public apology was issued after several days of silence, even though TCA had said that neither Fang nor Carrie Wong would be commenting further on the text message scandal.

"People are not stupid, all everyone wants is the truth," Lin wrote.

The lack of clarification over the incident has led to much speculation and criticism from the public, he said. The Taiwanese also suggested that Fang was playing the victim card, and questioned if his apology was genuine or simply to seek attention.

Lin's post also questioned why the unnamed person he was addressing was still sending flirtatious messages and making calls in the middle of the night, without clarifying who the recipient of these correspondences was.

He also alluded to Fang not making a relationship with another person public. The latter has been linked to his Mediacorp colleague, Rebecca Lim.