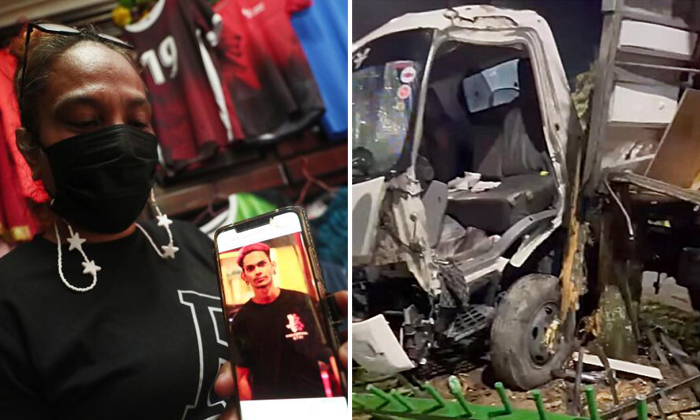 It was 4.30am on Thursday (Aug 4) when a friend of Madam Soniakaur Soniasingh's 17-year-old son knocked on her door.

He said Calvin, her eldest son, had been in an accident, and the mother-of-five's first instinct was to rush to the hospital.

Then he told her that Calvin did not survive the crash.

"I thought it was a nightmare. How could it be my son?" recalled Madam Soniakaur, 49, on Friday.

Calvin Gulshaanjit Singh and his best friend, whom she knew as Mohd Haikal Mohd Faizal, 23, were out for supper with six other friends after their daily sepak takraw session when the lorry they were travelling in crashed into the road divider along Old Jurong Road towards Upper Bukit Timah Road.

The Singapore Civil Defence Force (SCDF) and police were called at about 1.45am on Thursday morning.

Calvin and Mr Mohd Haikal were pronounced dead at the scene.

The driver has been arrested for drink driving and careless driving causing death, said the police.

Two people were trapped in the front seat of the lorry and were rescued using hydraulic rescue equipment, SCDF said, without specifying who the two were.

The 25-year-old driver and five passengers, aged 15 to 20, were taken to the National University Hospital, said the authorities.

The police are investigating the crash.

In a video posted on Thursday on Facebook on the Singapore Roads Accident page, a lorry is seen with its entire front compartment smashed.

Fatal accident in Jalan Jurong kechil Two dies after lorry crashing into tree along old Jurong road on 04 August at...

Speaking to The Straits Times from her three-room flat in Bukit Batok on Friday evening, Madam Soniakaur, who is self-employed and does odd jobs including babysitting and providing massages, said several of her son's friends were in critical care.

She had not met the 25-year-old driver of the lorry before but said the six others were childhood friends of Calvin's who live around the neighbourhood.

There was a pile of bloodstained clothes in a plastic bag outside her flat. 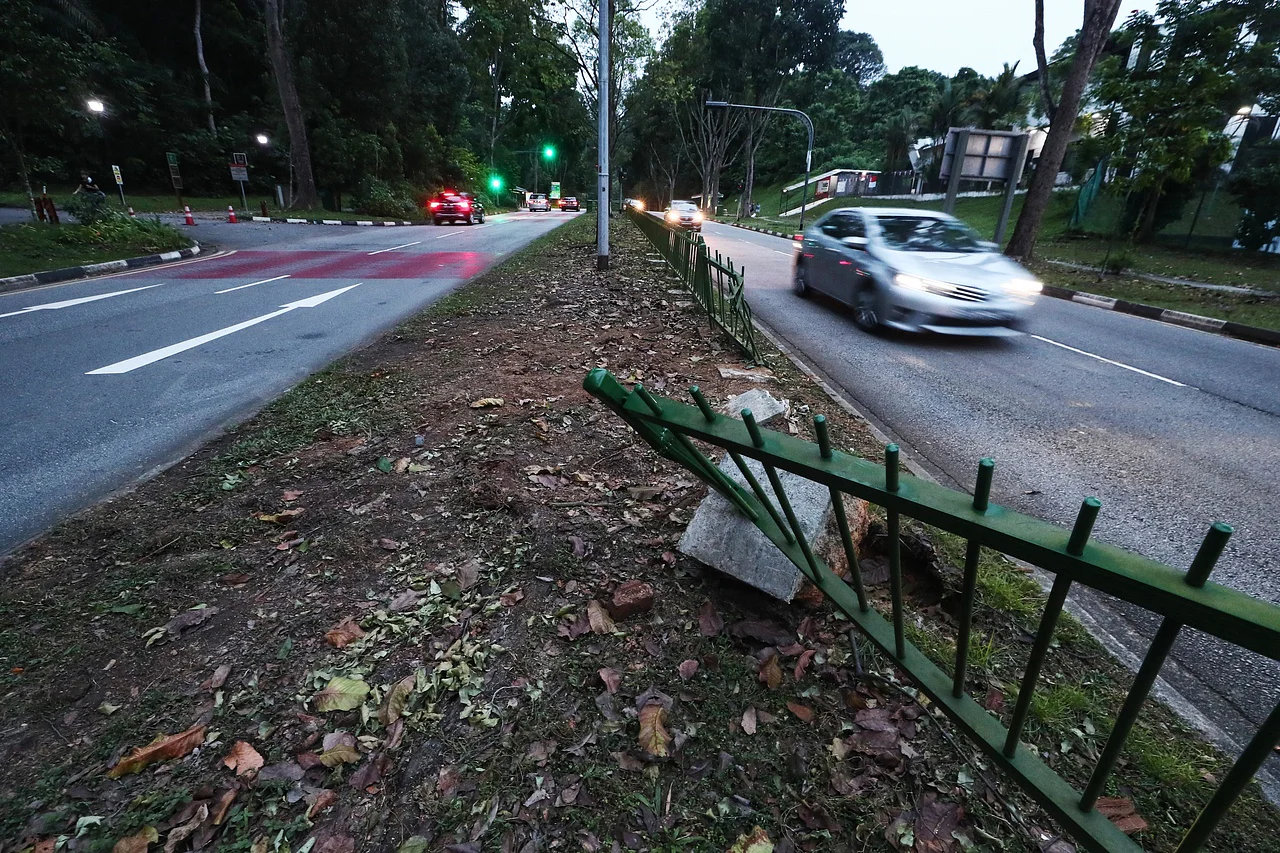 Madam Soniakaur, whose four other children are aged between seven and 14, said the clothes were Calvin's that she had picked up from the morgue.

"I don't want to throw it away. I'll wash it, but not yet," she said, adding that Calvin was a Crest Secondary School student.

"Over the past few years, he told me he was trying to be (a better person) and that he would work hard, no matter what, for us," she said.

"I still cannot believe my son is gone," she added. "This morning I went to his room to wake him up... I cannot accept it." 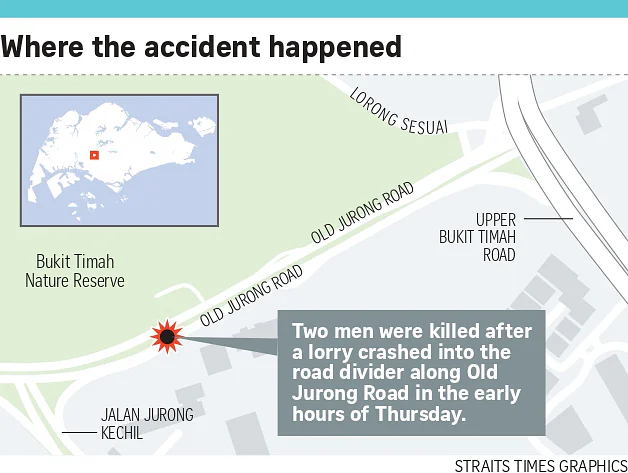