'I actually thought I was going to die': Man who was attacked by otters at Botanic Gardens 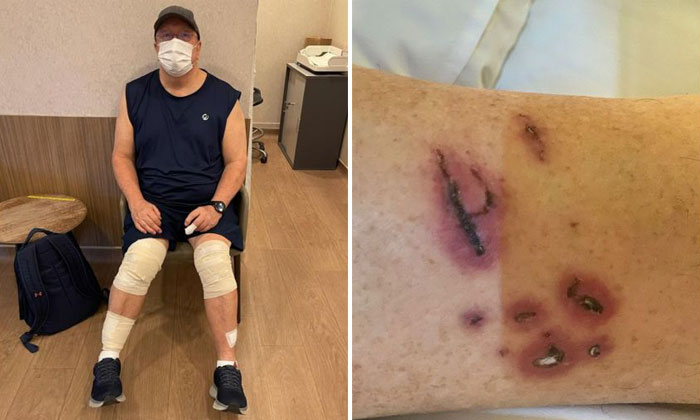 A man's visit to the Singapore Botanic Gardens ended with a trip to the hospital, after a group of otters bit him in the legs, buttocks and finger.

The attack on Nov 30 left Mr Graham George Spencer with more than 20 wounds, with some requiring stitches.

It is not the first time that otters have attacked people here but animal welfare groups have said the animals are not typically aggressive and their actions could have been triggered by their perception that they were threatened.

Recounting the Nov 30 experience to The Straits Times on Thursday (Dec 9), Mr Spencer, a Singapore permanent resident, said: "I actually thought I was going to die - they were going to kill me."

The maid agency owner, who is British and in his 60s, said he was attacked at about 6.40am. He was at the end of a routine morning walk with a friend, and was approaching the Singapore Botanic Gardens' entrance near Taman Serasi.

He spotted about 20 otters crossing a dimly lit path about 4m in front of him. This was the first time he had seen otters in the park since he started his morning walks about five months ago.

The animals were moving quietly but "went crazy" after another man ran towards them. They tried to bite the runner, who avoided their attacks and moved past Mr Spencer.

"All of a sudden, they must have thought I was (the runner)," he added.

The otters targeted him, with some biting his ankles and causing him to fall face down. They zoomed in on his legs and buttocks, with one otter biting his finger.

His friend screamed and shouted at the animals, who stopped their action momentarily. The duo ran towards a nearby visitor centre with the otters giving chase for a short distance.

The centre was unattended when they arrived, with the guard manning it apparently returning from a break after about 10 minutes.

The guard provided bandages, with other park staff subsequently attending to Mr Spencer. Declining an offer to be taken to a hospital, he headed to the nearby Gleneagles Hospital with his friend.

He was given tetanus shots and oral antibiotics, and had some wounds stitched up, before being discharged on the same day.

He has returned to the hospital three times to treat his wounds and has spent about $1,200 in medical bills. 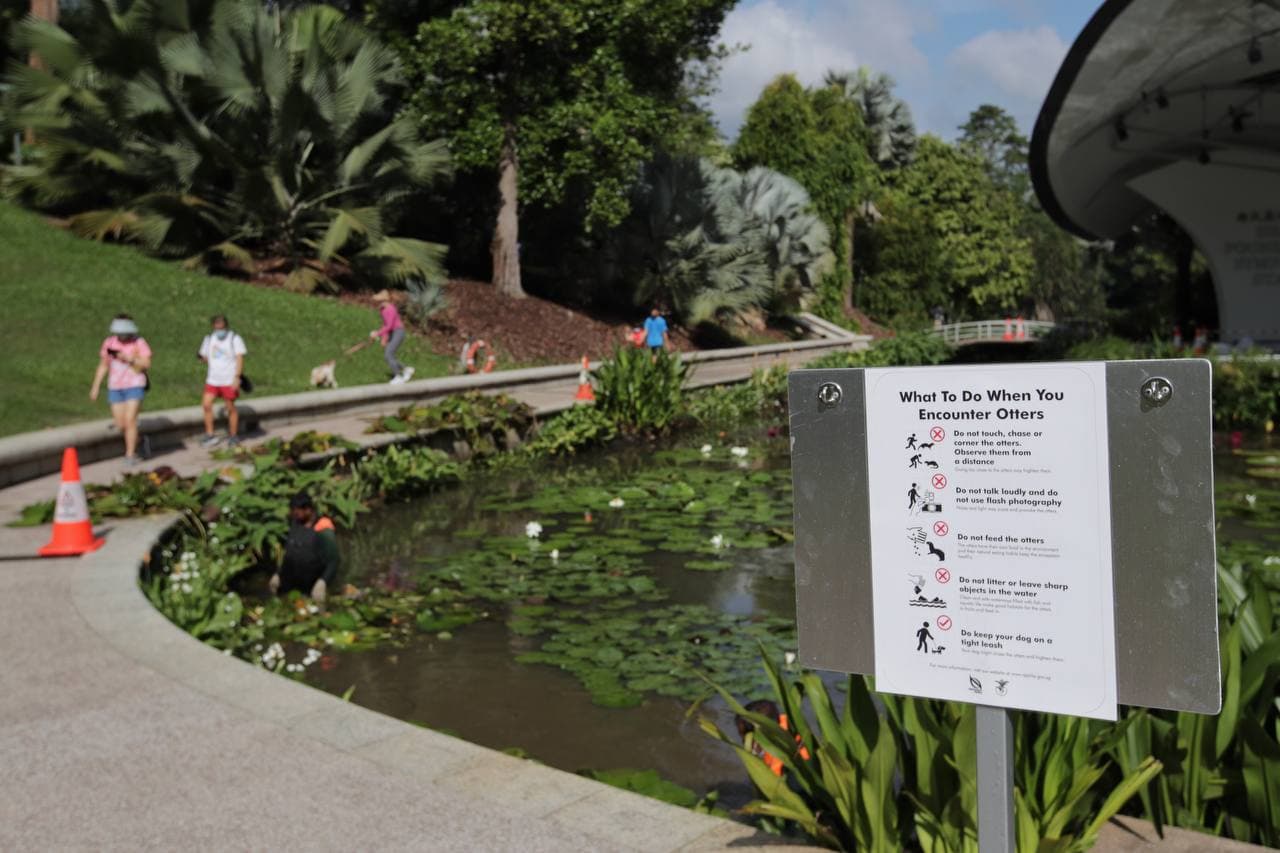 A sign warning visitors of what to do when encountering otters in the Botanic Gardens. ST PHOTO: GIN TAY

He spoke to a representative from the Singapore Botanic Gardens on Friday (Dec 3), who told him that the authorities are investigating the incident.

Mr Spencer said he wants measures to be imposed to prevent a similar attack. "You got to keep the public away from (the otters) because this will happen again."

Mr Spencer, who said he has difficulty sitting and is unable to sleep well now, had earlier made plans to celebrate Christmas with his family in Britain but is uncertain whether he is well enough to travel.

Dr Tan Puay Yok, group director of the Singapore Botanic Gardens, told The Straits Times that the National Parks Board - which manages the Gardens - is aware of an otter bite incident there and is in contact with the victim.

He added that otter bites in the Gardens and other parks are rare.

Dr Tan said visitors should observe wildlife from a safe distance, and avoid feeding or approaching them, especially “when there are pups as the adults can be protective over their young”.

“The Singapore Botanic Gardens’ volunteers and staff monitor the movements of the otters and educate the public on the importance of observing them from a distance and not interacting with them,” he added.

Signs with information on how the public can manage encounters have been placed throughout the Gardens.

This is not the first time otter attacks have made headlines here.

Shin Min Daily News reported in May this year that a 77-year-old man was bitten in the leg in Upper Boon Keng Road near the Kallang River.

A five-year-old girl was bitten at Gardens by the Bay in 2017.

Mr Bernard Seah, a member of the Otter Working Group, believes Mr Spencer was attacked by a family of smooth-coated otters called the "Zouk family" that have frequently visited the Singapore Botanic Gardens over the last few years.

Mr Seah, who has been tracking movements of otters here since 2012, said the family, which consist of nine adults and six pups, are "the most human-tolerant otter family" in Singapore.

"In my years of documenting otters' behaviours, I have never heard of such an aggressive attack. Such attacks are not common, and are likely to happen when the adult otters feel that the safety of their pups is threatened," he added.

She added that defensive behaviour is typical of other social, wild animals such as wild pigs and macaques.

"As Singapore grows into a city in nature, encounters with wild animals will soon become inevitable. So the golden rule is really to keep a safe distance from the animals," said Ms Boopal.

Mr Seah said otters "cannot differentiate between a person trying to take a photograph of them and someone trying to attack them. So it is always best to keep a distance".

He urged parents to keep watch on their children in parks and nature reserves, and not allow them to run around unsupervised.

Ms Boopal noted that while it is important to put up warning signs in parks, it boils down to the public's response.

"Otters and other wild animals cannot be trained so I encourage everyone to be mindful when coming across such wildlife. Always keep a safe distance and do not provoke them," she said.