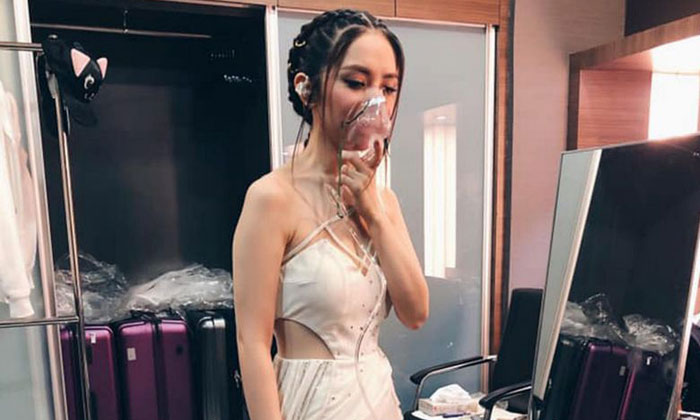 Hong Kong pop star Gloria Tang, better known by her stage name G.E.M. (short for Get Everybody Moving), found herself needing oxygen while performing in Malaysia on Friday (April 5).

The 27-year-old singer, also known as "the young diva with giant lungs" due to her vocal range, was at Resorts World Genting on Friday and Saturday for her concerts as part of her Queen Of Hearts World Tour.

On the first night, she found herself dizzy and suffering from hypoxia midway during her concert, due to the high altitude, and had to go backstage twice for oxygen therapy.

She noted on social media that it was unforgettable as it was the first time she encountered it.

G.E.M, who released her debut self-titled EP in 2008, shot to fame in the Chinese reality show competition I Am A Singer in 2014, where she emerged runner-up. She was recently embroiled in a legal battle with her record label over a contractual dispute.