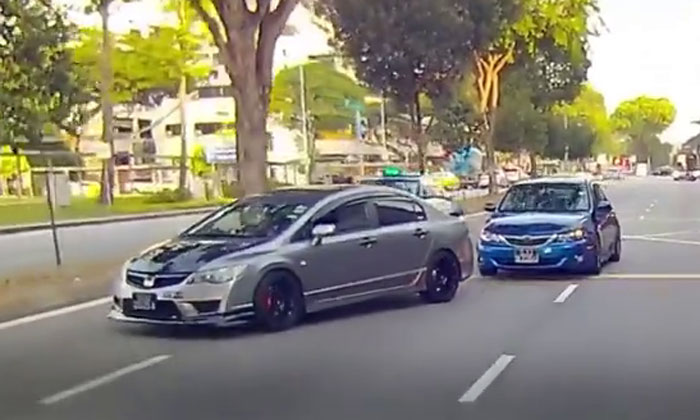 A Honda Type-R driver was caught on video suddenly stopping his vehicle and blocking traffic along Lavender Street.

Stomper Jason alerted Stomp to the video that was posted in SG Road Vigilante's Facebook group.

According to the post, the incident happened on Aug 13. 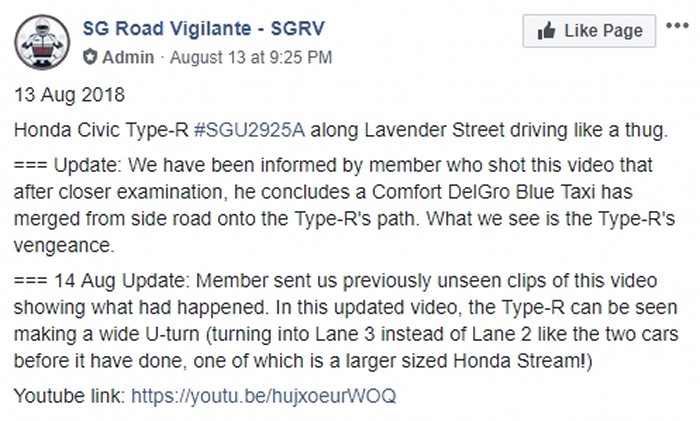 In the video, it appears that the driver of SGU2925A was angered when a ComfortDelGro taxi entered the same lane he was U-turning into at around the same time.

The cabby had his right indicator on to show his intention and had entered the lane just shortly before the Honda driver turned into it.

After that, the Honda driver proceeded to speed up and overtake other cars from the left just so he could make a sudden lane change and block the ComfortDelGro cabby in the right-most lane.

His driving not only blocked the taxi but caused other vehicles to come to a standstill.

In the post's caption, the driver is described as "driving like a thug".