Here's how martial arts has prepared Amir Khan for fatherhood 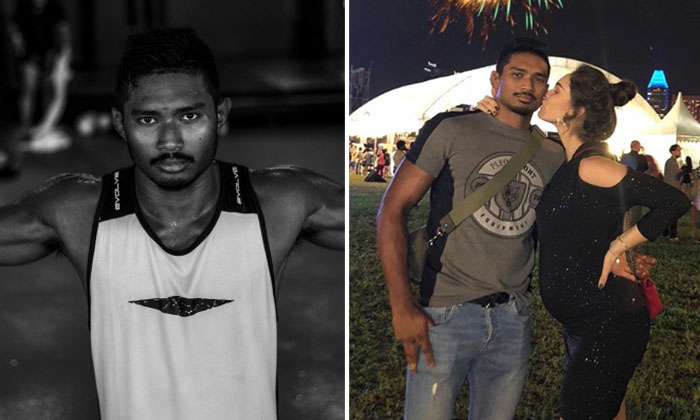 Martial arts training has many benefits of the physical, mental, and spiritual variety.

It not only has the ability to empower practitioners with the knowledge of self-defence, but also teaches real human values such as honour, respect, discipline, and courage.

It can even prepare someone for one of the biggest changes in life.

Singaporean ONE Championship Superstar Amir Khan from the Evolve Fight Team is a professional mixed martial artist and one of the top lightweight talents currently under the ONE Championship banner.

Recently, Khan revealed that he and his fiancé are expecting their first child, due this March.

The 24-year-old Khan says the lessons he learned in his practice of martial arts has undoubtedly prepared him to be a father.

“Martial arts has definitely taught me how to put my priorities in life right,” said Khan.

“Right now, my priorities are my martial arts career, my family, and my baby. I will put these first and everything else last.”

Khan, who is one of ONE Championship’s top mixed martial arts talents, is a participant in the highly-anticipated eight-man ONE Lightweight World Grand Prix.

He is scheduled to face Brazilian Jiu-Jitsu black belt Ariel “Tarzan” Sexton at ONE: CALL TO GREATNESS in Singapore this Feb 22.

As a father to be, Khan knows that taking care of an infant will cause many sleepless nights.

Which is why he says that balance will be the most important aspect moving forward both in his life and in his athletic career.

“As sleep is essential for an athlete, I have to adjust and adapt,” said Khan.

“I have to create a nap routine to make up for the lost sleep. I have no room for error now.

"My actions and the outcome of my career will determine the quality of life for my child and I definitely want to give my baby the best life possible.

"This totally changes the game for me. I’m more focused now than ever before.”

In three months’ time, Khan’s life will change drastically. He will be not only a top mixed martial arts contender but also a father.

But regardless of the changes in his life, Khan says that martial arts will continue to play a major role in his day to day.

And when his child is old enough to train, Khan says he will waste no time in bringing his first-born to Evolve MMA to experience martial arts firsthand from the world champion instructors.

“I want to emphasise the importance of both fitness and education equally. A healthy body creates a healthy mind,” said Khan.

“Martial arts gave me purpose and direction. It gave me something I could be passionate about. This is what I also want for my child, whether that is martial arts or something else.

“I want my child to learn discipline, which means making sure that required tasks are completed such as schoolwork, chores, and training.

"I want to teach the value of integrity, and how martial arts taught me to be honest, respectful, and humble.

“I want to give my baby the confidence to achieve anything, but also to always remain truthful, nice and respectful towards everybody regardless of age, race or gender.”

Khan has learned many lessons over the course of his mixed martial arts career, which includes a solid start as an amateur.

Even before he stepped into the cage, Khan has competed in other combat disciplines such as Muay Thai.

His martial arts journey has been a long one, to say the least.

The 24-year-old lightweight, however, believes that there are two very important lessons he wants to teach his child, which will carve the pathway to success no matter the obstacles.

“And when my child discovers that passion, I will teach the value of relentlessness -- that is to never give up when you set a goal. Having that relentless mindset can allow anyone to achieve great things in life.”

Related Stories
Amir Khan rings in New Year with photo of him and fiancée with baby bump
Did MMA fighter Amir Khan make a huge announcement in the most subtle way?
Full fight videos of ONE Championship's Conquest Of Champions: Amir Khan vows to get better
More About:
ONE Championship
Amir Khan