Half-naked man still jogging along AYE even after 3 years 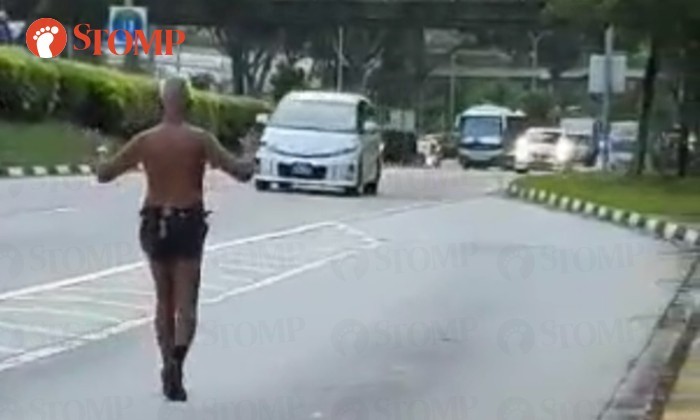 It seems to be a common sight to see this man running half-naked along the Ayer Rajah Expressway (AYE).

Stomper Daryl spotted the man on Tuesday (Aug 18) at 7.30am and took a video of him running on the road against traffic.

In the video, the man can be seen putting his arms up in the air while running.

"I saw this happen in front of the bus stop near Cycle and Carriage, at 209 Pandan Gardens," Daryl shared.

"While it was a funny sight, it was also scary because he was jogging in the middle of the road."

The Stomper also shared that this was his first time seeing this half-naked jogger.

But this is not the first time this jogger has been caught on camera running half-naked along the expressway.

Three years ago on August 28, 2017, the half-naked man was spotted running along the AYE and shouting that he was a "champion runner".

Stomper TL also shared a video that he took on March 30 this year of the man jogging and added that he likes to "shout at the top of his voice like a Regimental Sergeant Major (RSM)".

On April 14, Stomper Michelle saw the same man jogging along the AYE at night.