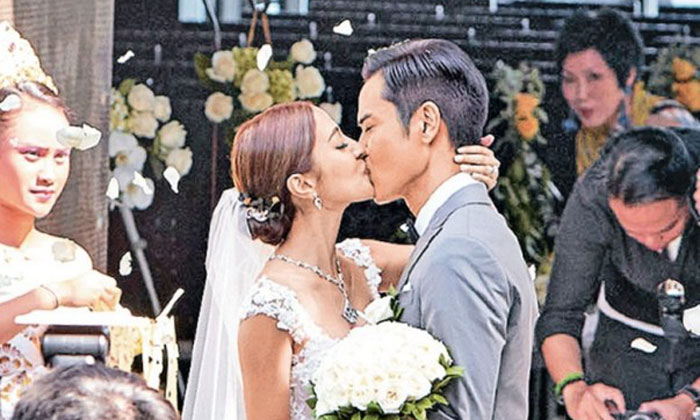 After months of speculation and three years of dating, Kevin Cheng, 48 and his 27-year-old girlfriend Grace Chan tied the knot in a lavish wedding ceremony in Bali on Sunday (Aug 12).

The event took place at luxury hotel Bvlgari Resort Bali in front of many of their close friends and fellow actors including Kenneth Ma, Natalie Tong and Lam Tz-sin.

Grace sported a 4.18-carat diamond ring on her finger and dress that flaunted her figure.

According to Jayne Stars, the couple teared at the altar.

Grace had reportedly told Kevin to leave for the church earlier so that she could surprise him in her wedding dress.

"When the music started, I felt myself breathing really hard," she said.

"I held onto my dad and walked down the aisle.

"I was trying to hard not to cry, but then I saw Kevin crying and I couldn't hold it in anymore.

"I didn't expect him to cry before me!"

When Kevin saw his bride, he said, " I will take care of you forever".

In the morning, Cheng had to follow Cantonese tradition and go through a gatecrash in order to collect Grace.

According to Apple Daily, he serenaded her with one of his songs before picking her up.

He then carried her for about 200m into a hall where they had a traditional Chinese tea ceremony with their parents and in-laws.

Cheng posted a photo of him kissing Grace on his Weibo page with the caption, "We're married!" in Mandarin. 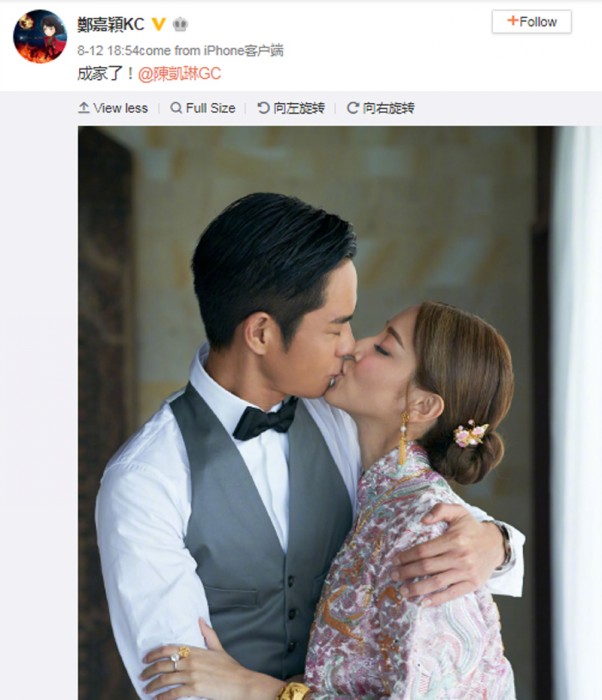 The couple started dating after meeting each other while starring in supernatural TV drama Blue Veins in 2016.

In July, Chan confirmed that she was engaged to Cheng in a Facebook post and that he had popped the question last Christmas.

Their 21-year age gap has sparked doubts from fans and the media but the couple is unfazed by naysayers and proved them wrong by tying the knot.

Check out the photos from the wedding in the gallery above.

Related Stories
Gillian Chung and Taiwanese doctor hold private wedding ceremony in LA
They grow up so fast! I Not Stupid's Joshua Ang is married and going to be a dad soon
Model Sheila Sim weds banker she met on dating app in intimate ceremony
More About:
Grace Chan
celeb couple
celebrities
Wedding