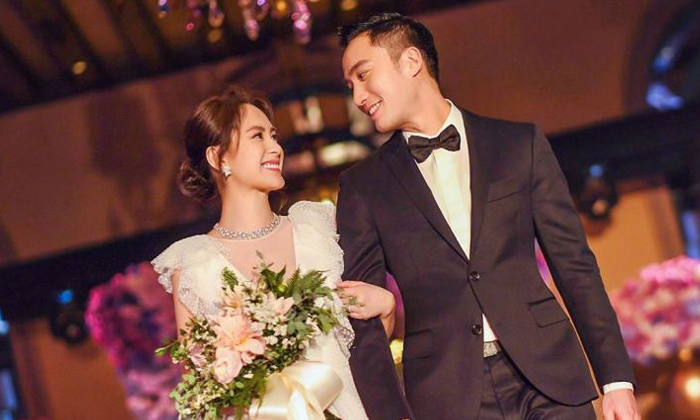 The private ceremony was attended by close celebrity pals such as Charlene Choi, Joey Yung and Yumiko Cheng, who were her bridesmaids.

However, as the Los Angeles party was not officiated by a solemniser, the couple will reportedly hold a second ceremony in Hong Kong in September.

Not that it made any difference to the attendees.

On social media, her former Twins band-mate Choi wrote: "It's not possible to write down how I feel in detail... We've been through so much together, outsiders will not be able to comprehend, and I don't have to explain everything.

"Only you know how happy I am for you, and how much I wish that you'll be happy forever, that's enough!"

The happy bride also shared a short pre-wedding video on her Facebook page and thanked her well-wishers.

Chung, 37, shared news of her engagement in February this year.

Lai, who's seven years her junior, has been dubbed the 'Sunny Wang of the medical world' for his striking resemblance to the Taiwanese actor.

The couple reportedly first met when the actress was filming a new drama in Taiwan in July last year. Chung openly admitted that the pair were dating in October.