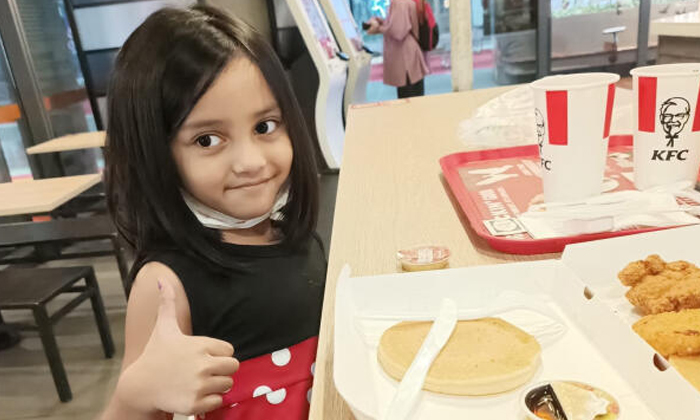 This was two days after the family's domestic helper had tested positive and subsequently kept to her own room, said Raisya's mother, Ms Mardalina Mohamed Nossi.

But Raisya's condition took a turn for the worse on July 17, and she died that night in hospital. She was the second child under 12 here to die of Covid-19.

On June 27, a 1½-year-old boy died of encephalitis - inflammation of the brain - due to Covid-19 as well as the respiratory syncytial virus and enterovirus.

The Ministry of Health (MOH) said Tuesday (July 19) that Raisya had no past medical history and was previously well.

"She developed symptoms of an upper respiratory tract infection and fever on July 15, and tested positive for Covid-19 via an antigen rapid test on Sunday at a general practitioner clinic," said MOH.

She was prescribed medications for her symptoms but remained unwell, and collapsed later that night, the ministry added.

Ms Mardalina, a teacher who also has twin sons aged 10, told Berita Harian that she drove her daughter to the clinic on July 17, but Raisya began vomiting and foaming at the mouth when she was giving her medicine.

Ms Mardalina called an ambulance and was advised over the phone to place her daughter on the ground next to the road.

Throughout the journey to the hospital, paramedics told her they were trying to find Raisya's pulse. But two hours after arriving at the hospital's accident and emergency department, her daughter died, she said.

"After the doctor confirmed she had died, I spoke to Raisya and told her, mummy accepts that you are gone forever. Go play in heaven," she said, her tears flowing.

Related Stories
18-month-old son fought for his life, said father of first Covid-19 patient under 12 to die in S'pore
What do you do when your 3-year-old gets Covid-19? S'pore dad shares his experience on TikTok
How DJ Jade Rasif coped with isolation after catching Covid-19
More About:
Covid-19
dead
death
child
illness
heartbreaking