18-month-old son fought for his life, said father of first Covid-19 patient under 12 to die in S'pore 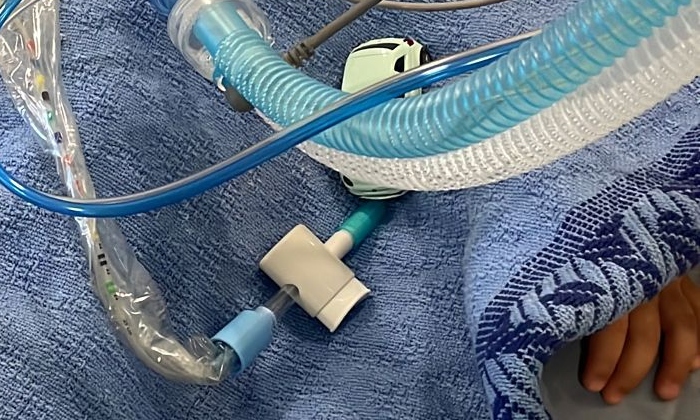 The father of the 18-month-old toddler who died from Covid-19 on Monday (June 27) said his son had fought for his life in his last days.

"Today, my strong, brave son passed on to the next world after fighting for his life," Mr Farath Shba wrote on LinkedIn.

Mr Farath, a regional technical account manager at tech firm CloudBlue, said in the post that these past few days had been difficult.

He added he would be spending time with his loved ones and not responding on social media.

When contacted by The Straits Times, Mr Farath asked for time as his son's funeral was in progress.

The Ministry of Health (MOH) announced on Monday that an 18-month-old Singaporean boy had died from Covid-19, marking the first death here of a coronavirus patient below the age of 12.

MOH said the child died of encephalitis - or inflammation of the brain - due to Covid-19 and two other viruses, respiratory syncytial virus and enterovirus.

In a separate LinkedIn post last week, Mr Farath said the toddler, Zaheer Raees Ali, had been hospitalised at KK Women's and Children's Hospital (KKH) as the boy was severely affected by Covid-19.

Doctors had said the boy's brain was swollen and that there was not much that could be done to alleviate the swelling.

Mr Farath asked for help contacting a neurosurgeon or another medical professional who could save his son.

"He was admitted only a day back as he developed Covid-19 and the doctors are saying that his brain is swollen and there’s nothing much that could’ve done to alleviate the swollen which is due to inflammation and to save him," Mr Farath wrote.

In a comment on CNA's Facebook page, a woman with the handle Mamayu Zfa who identified herself as the toddler's mother, said the family deeply appreciated the "kind expression of sympathy" from others during their time of loss.

"Thank you for keeping us in your thoughts and prayers," she wrote.

MOH said on Monday the boy had been taken to the KKH Children's Emergency Department on the night of June 21 with a high fever and recurrent seizures, and subsequently began to lose consciousness.

He was then admitted to the Children's Intensive Care Unit in critical condition the next day, when he was diagnosed with severe meningoencephalitis.

MOH said on Monday that it would study the safety and effectiveness of Covid-19 vaccines for children under the age of five once the manufacturers submit the relevant documents.

The ministry expressed its condolences to the boy's family, adding that KKH was in contact with them to provide the necessary support.

Related Stories
Actress Jamie Yeo still suffering from fatigue as side effect of Covid-19
How DJ Jade Rasif coped with isolation after catching Covid-19
What do you do when your 3-year-old gets Covid-19? S'pore dad shares his experience on TikTok
More About:
toddler
death
Covid-19
father