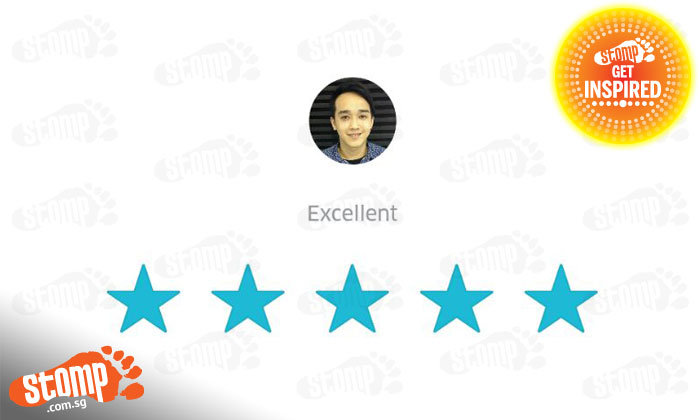 F was hitching a ride on an Uber with a friend from Toa Payoh to Tampines where she was intending to take a bus back to her home in Pasir Ris.

However, upon reaching Tampines, it started to rain heavily.

The Stomper then asked the Uber driver if she requested for an Uber if he would be the one to accept it.

The driver, Erwin, said that it wasn't always guaranteed and asked her where she wanted to go.

When she told him she wanted to go to Pasir Ris he offered to send her.

Grateful for his kindness, F checked how much it would cost to travel from Tampines to Pasir Ris and offered to pay him $5 for his trouble.

"He politely declined and proceeded to send me home.

"We chatted on the journey when I discovered that he was actually heading to Jurong East after this.

"I felt so bad but he assured me that he was cool with it.

"When I arrived at my destination, I offered once again to pay him for his effort but he declined again and wished me a good weekend ahead.

"It was a really long day for me but his kind gesture really made my night.