Shahid Kapoor finally reveals what his daughter looks like 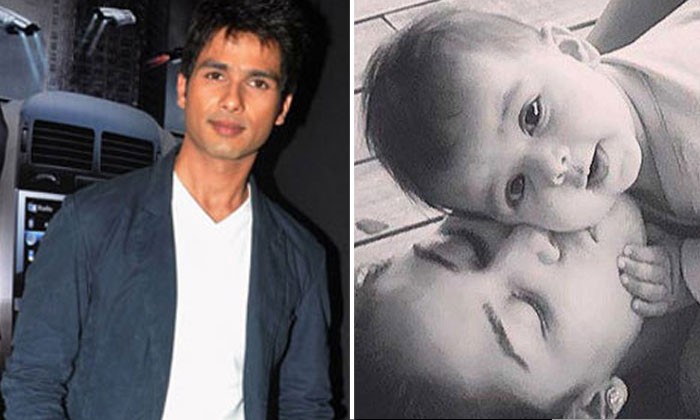 After months of hiding his precious newborn from the media, Shahid Kapoor has finally posted an adorable photo of his daughter, Misha Kapoor.

Misha, who was born on Aug 26 last year, can be seen smiling widely while being playful with her mother who was planting a deep kiss on her cheek.

Her wide beautiful eyes glance at the camera or perhaps, the one holding the camera, her dashing father.

According to The Statesman and Asia News Network via AsiaOne, Shahid had posted a blurred selfie with his daughter which sent the world into a tizzy.

He said, "I will share a picture soon, hopefully on my birthday!" when asked about it by the media.

However, days before his birthday, the wish of fans have been granted.