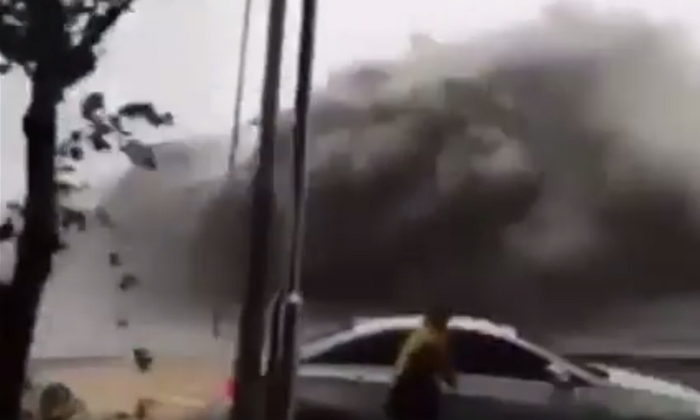 In The Reporter's Facebook video below, powerful currents of water are seen enveloping the city streets and sweeping away vehicles.

Towards the end of the scary footage, people out on the roads are spotted braving against the strong winds as a flood pursues.

Some Facebook users have commented on the video, saying that it's a storm surge.

On Twitter, many users are trending the hashtag '#PrayForBusan', as Typhoon Chaba causes widespread flooding in Busan.

According to International Business Times, the typhoon also hit Jeju, a resort island popular with Chinese tourists, with heavy winds and rain, and Ulsan, another major city in South Korea.

The Straits Times reported that as of today, four people were killed and three others are missing after the unwelcome arrival of Typhoon Chaba.