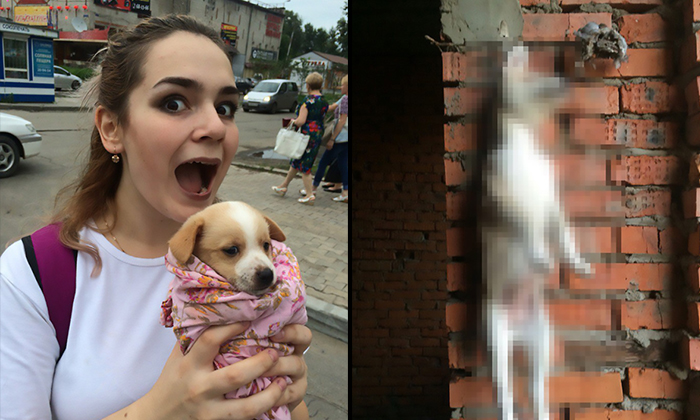 A 17-year-old Russian girl named Alina Orlova has been arrested by police in the city of Vladivostok after photos of her torturing animals surfaced online.

Her sadistic acts included crucifying a dog to a wall and ripping out a cat's heart. Assisting Orlova was her friend Kristina K, also 17.

The two appeared to enjoy their killings, dressing up for their deeds with "horror style" makeup and red contact lenses.

When the photos first appeared, social media users tried to identify the girls using her tattoos and landmarks in the photo.

The Metro reported that the both of them are students living in Khabarovsk, southeast Russia. They allegedly got hold of these animals under the guise of adopting "unwanted animals" to care for them.

The teen also posted that she was planning to kill her own mother and asked people how long she would have to stay in prison if she was caught.

According to local media, Kristina’s family have close ties with the local police force.

Related Stories
Who's the sicko who used scotch tape on bird in Potong Pasir?
Heartbreaking scene as baby monkey sits next to parent run over by vehicle
Man in China gets beaten up for killing dog by dragging it behind his moving car
russia
animal abuse
torture
animal cruelty