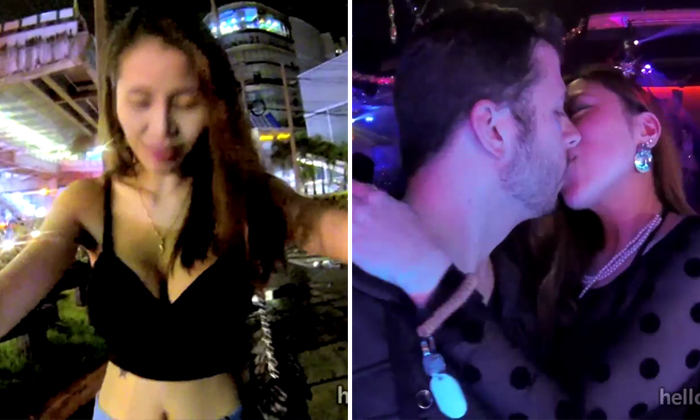 American pick-up artist David Bond has stirred controversy once again with a new video showing him hitting on women in different parts of Asia.

Titled 'Picking Up Asian Girls - A Global Compilation' and uploaded on Aug 17, the video shows Bond approaching girls in various countries such as Thailand, Japan, South Korea and Hong Kong.

Most of them seem quite receptive of Bond, who also makes out with at least one woman in the video.

Bond first made headlines in 2014 when he uploaded a video that appeared to show him 'stealing' an Asian guy's girlfriend from him in Hong Kong.

The video went viral and sparked outrage, even after Bond revealed that the so-called 'boyfriend' was actually just a random guy who had started talking to the girl.

Bond, who quit his job to travel the world, has revealed that he makes a living by selling travel guides as well as through his YouTube videos, which mainly show him approaching Asian women.

He told The Rice Daily, "In the past two years I’ve successfully tricked, trolled and pranked the media in Asia into giving me millions and millions of free traffic.

Related Stories
5 real reasons why the guy you love just won't commit
10 things guys can do to instantly become more attractive
To the men: 7 ways to ace that first date
4 ways to score a second date
More About:
controversy
couple
relationships