Not so dolled up anymore: Remember the "human barbie"? She now has a six-pack 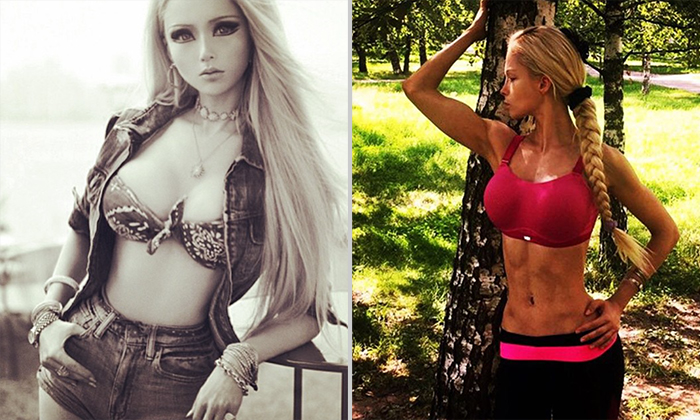 Valeria Lukyanova, 31 shot to fame resemblance to a Barbie doll but now, she is heading down a more im-pack-ful path.

Nicknamed the "living Barbie" and "real-life Barbie" by the press, the Ukrainian model was the subject of a Vice documentary and appeared in numerous talk shows and movies.

She had a breast augmentation done and eats very little to maintain her slender body. She also spent an hour putting on makeup to enhance her doll-like features.

But now she has traded Barbie for buff, as her Instagram photos show. Lukyanova now sports an incredibly toned body thanks to hours at the gym.

She has also given up her "Breatharianism" lifestyle (where she does without water and food, living only on air) for a more balanced diet.

Lukyanova has also starred in the 2016 slasher movie "The Doll", playing a obsessed doll out to kill and make others kill for her.