Halloween decoration removed from Canadian superstore for being too scary 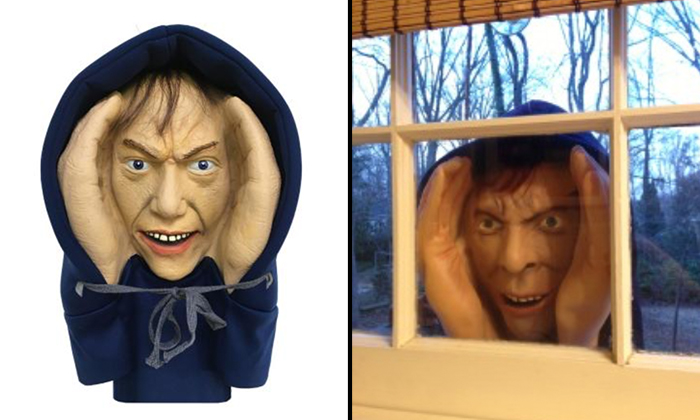 'Tis the season to be scared out of your wits, but this Halloween decoration has proven to be too scary for some Canadian shoppers.

The "Scary Peeper Creeper" is sold at Home Depot, a home improvement supplies superstore which can be found in America, Canada and Mexico.

The decoration features a "realistic face looks just like a real man is peering through the window at you" and is mounted onto windows with suction cups.

However, it has proven to be a little bit too effective in Canada, where it has been removed after numerous complaints.

Many complained that the decoration reminded them of Paul Bernardo, a notorious serial killer and rapist, who was a peeping tom. He is also known as the "Scarborough Rapist".

A mother of two and a Toronto native, Breanne Hunt-Wells, told CBC news that "it makes light of a very serious crime. Voyeurism is a crime in Canada."

However, it can still be found in American Home Depot stores and the North Carolina business that produces it, Scary Peeper Inc., sells it online.

Emily Dowtin, vice president of Scary Peeper, told CNNMoney in an email that "our intention for this product is for it to be used as a fun-spirited prank," and she apologised to those offended and "those who have been victimized by voyeurs".

She also mentioned that it was the only time she'd heard complaints in four years selling the decoration.

Scary Peeper sells a wide variety of "Peepers",  include ones with motion-activated fingers and wearing clown masks

Related Stories
Woman warns of 'scary' gift that nearly got her mum kidnapped in the US
'Scary' amulet with 3 skulls sold on Carousell apparently blesses you with wealth
More About:
Halloween
scary