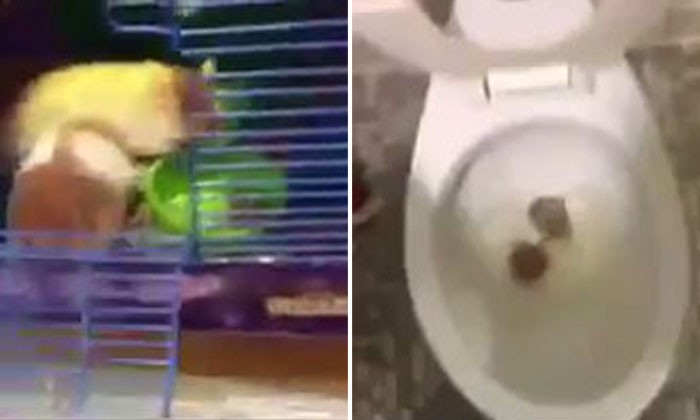 A man put a hamster's life in danger after he flushed it down a toilet bowl and it has launched a debate among netizens.

He recorded himself taking the hamster out of its cage and hurling it into a toilet bowl before posting the video onto Twitter two days ago (Jan 18).

The video was posted on Alfi's account although he stated in his bio that the video does not belong to him.

His caption of the tweet stating the pet hamster was from an ex-girlfriend, Lisa, who cheated was also a lie as he indignantly explained, "Lisa does not even exist and who gives a pet hamster for Christmas?"

The video went viral with more than 41,000 retweets and 46,000 likes because it is a funny and abusive at the same time.

Many cried out about how hamsters are not adaptable to water and is an innocent being.

However, some mentioned how hamsters are able to swim and at the end of the day, just another small animal.

What is your verdict?