Guy confesses to murder in bizarre music video: 'You'll all see what I did' 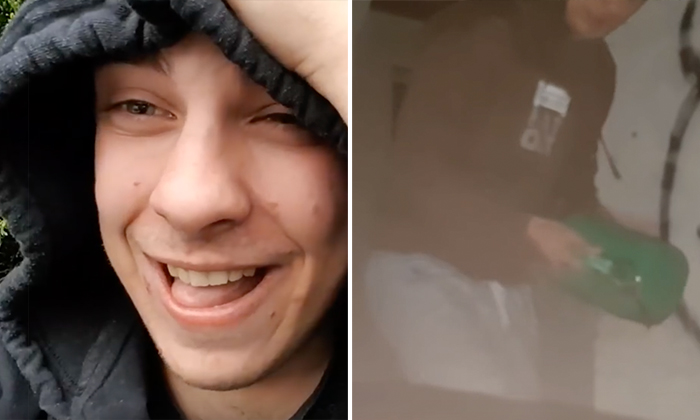 An eerie video has surfaced on Youtube titled "who I killed" by user seventybroad.

In the emotional three \-minute video, he cries to the camera, "You’ll all see what I f**king did.”

Seventybroad also says he put himself in "this place" so he "could not hurt anybody else". He was wearing a grey hoodie and sitting behind a bush.

He also blamed drugs for his predicament and said he "was never f**king like this".

In addition, Seventybroad pleaded with viewers to not "pass judgement" on him and said only one person could judge him.

He has also posted two other videos, with one detailing his dire living conditions and another that shows himself trying to set himself on fire with gasoline and a lighter.

Seventybroad has since posted an update about his situation in a video dated Oct 16. He said he was scared and he could not "live like this"

He repeated that he was not in the right frame of mind and said, "Some of you thought you found me, you can't find me."

He ended off by telling his viewers, "Don't worry I'll show you what happens soon."

Related Stories
Chinese gang murders 2 mentally disabled women to sell as corpse brides for 'ghost weddings'
Unsolved mysteries from the past that will send chills down your spine
More About:
youtube
youtube video
creepy
murder