Err.. Creepy much? Chris Brown admits he likes to do this to the women he fancies 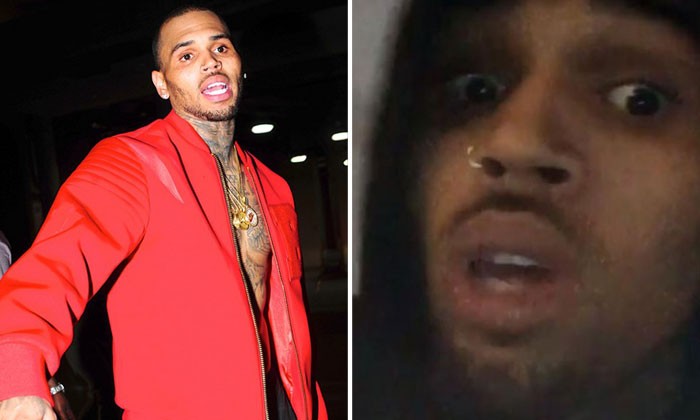 Chris Brown is a "stalker" boyfriend.

The 27-year-old singer - who previously dated singer Rihanna and model Karrueche Tran and has a two-year-old daughter, Royalty, with ex-lover Nia Guzman - posted a bizarre video on Instagram in which he declared he is "kinda crazy and s**t" when it comes to acting obsessively around women he likes.

He said in the clip: "Ladies, y'all be complaining about n***as being, like, stalkers and in love with y'all, kinda crazy and s**t and you get tired of it. Well, guess what? I'm one of them n***as! If I love you, b***h, ain't nobody gonna have you. I'm gonna make you miserable.

The 'Run It' hitmaker has most recently been romancing Krista Santiago and it was previously claimed he has given her a key to his Los Angeles home in a bid to prove how serious he is about her, even though he wants to keep their relationship quiet.

A source said: "Chris and Krista are dating. But he's learned from his relationships with Rihanna and Karrueche Tran and is going to keep this relationship out of the media and on the lowest of the down lows.

"But just because they're keeping it quiet doesn't mean it's not passionate. "They're into one another heavy!

"He's showered her with gifts. They love painting and listening to music together.

"But the most serious gift he's given her is the key to his house. That's huge for him because he wants her to know that he's serious about her and is not creeping and having other females in his house. He basically has an open-door policy with her and that's new for him."