Daredevil attempts selfie with crocodile and regrets it instantly 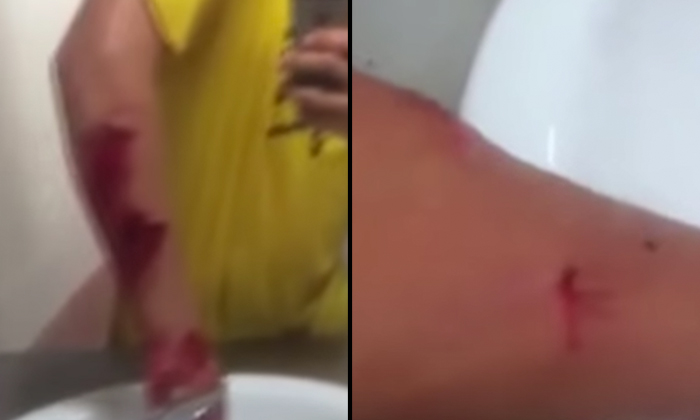 A 27-year-old Danish backpacker, Johnny Bonde attempted a selfie with a crocodile and got more than he bargained for, when the crocodile bit onto his arm and shook him.

Bonde had initially tried taking the photo from a ‘safe’ distance, but accidentally slipped and fell on top of the beast, prompting it to attack, reports Distractify.

“"He got my arm and shook me ... It was the result of me being stupid.

“If somebody body slammed me at night, I would be angry too."

Fortunately, he managed to break free, but the damage had already been done.

The man headed to a nearby hospital for treatment of multiple lacerations.

After the incident, Bonde posted a warning on Facebook to other intrepid wildlife enthusiasts like himself — along with a photoshopped image of him wrestling a crocodile.

“Thanks for all the well wishes everyone it means a lot! everything is going great, it's not as bad as it looks .

“It's mostly my ego that's bruised.

“My insurance won't cover the hospital bed witch is the most expensive part of it all, and needed to stay an extra 3 days.

“So just got discharged from the hospital , no stitches, so its all good.

“We are back on the road again in a few days.

“Thanks to my amazing girlfriend Kirsty for putting up with all the stupid shit l do, and for taking care of me! What would l do without you!

“PS. Don't swim, pet, play or land on any crocs! You will end up with a sore arm or even worse no arm…"

The backpacker also posted a video of his injury he sustained.

Check out the video below.