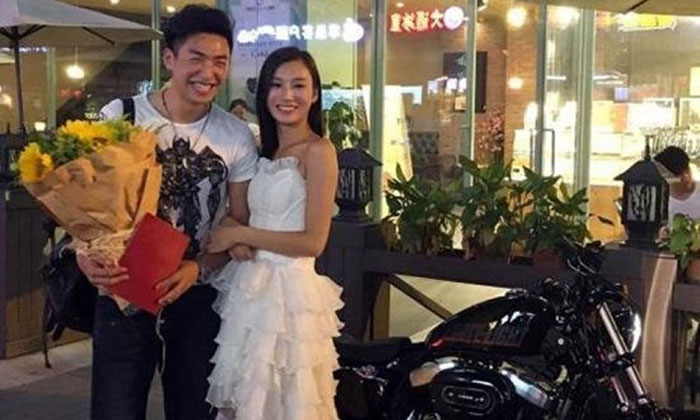 Despite it being the 21st century, many still stick to the traditional belief that men should be the ones to propose marriage.

A woman from Chengdu, China did not agree and took things into her own hands.

Photos of the woman's proposal show her wearing a beautiful wedding-inspired dress and going on one knee to propose to her boyfriend.

Not only did she have a ring prepared but she also also had a property deed in one hand and orchestrated the scene to take place next to a Harley Davidson motorcycle she had bought for her beloved, reports Shanghaiist.

Before proposing, the woman shouted:

"I finally earned enough money for your beloved Harley! Marry me! I will put your name on the property deed!"

Her boyfriend was clearly overwhelmed but agreed to the marriage by simply nodding his head with a huge smile on his face.

The woman had reportedly only recently returned to China after travelling abroad and had not been dating her now fiancé very long.

However, she believes it is true love and worked hard in order to buy the iconic bike for him.

When asked about gender roles, she replied:

"Why should women wait around for the man to propose?

"I want to be more progressive.

"Time is not an issue; live life to the fullest."

Related Stories
Beautiful couple go on thrilling climb on Hunan mountain -- where guy does something even riskier
S'pore man proposes to GF -- by offering her his kidney: 'I thought he was joking'
Multimillionaire gives up all his assets, moves to rural village and marries simple farmer
More About:
proposal
romantic
marriage
China