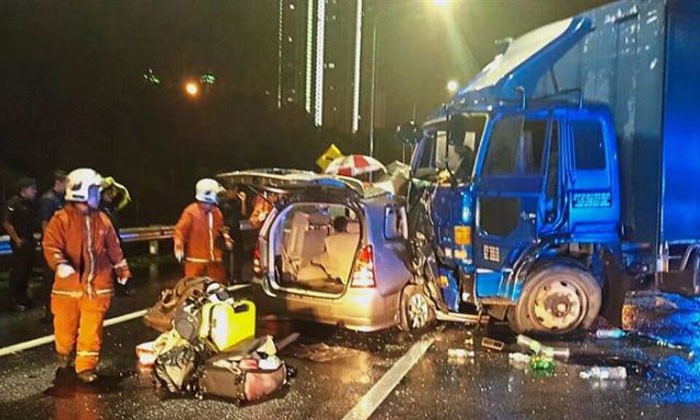 Brothers Kum Ell Yin and Hok Wan shared a close relationship and even traveled to Japan together.

However in less than two hours after they arrived back in Malaysia, they met with a deadly accident along the New Klang Valley Expressway (NKVE) highway.

The accident at 2am involved a lorry and a car and also took the lives of two other men.

According to The Star, a car heading towards Sungai Buloh had stopped along the highway due to a punctured tyre.

A lorry driver, while trying to avoid the car, crashed his vehicle into the road divider and collided with an oncoming vehicle, a Toyota Innova, on the other side of the highway.

District OCPD Asst Comm Mohd Zani Che Din said the four men died on the spot while an unidentified woman, believed to be another passenger, was rushed to Sungai Buloh Hospital with serious injuries.

The brothers landed at the airport at around 12.20am on Nov 28 and were said to be heading home in the car.

A cousin of the brothers, Chong, who happened to pass by the accident scene,  said “I stopped to help. I didn’t even recognise my cousins. Their faces looked different.”