Best job in the world? Guy gets paid for taking selfies with animals 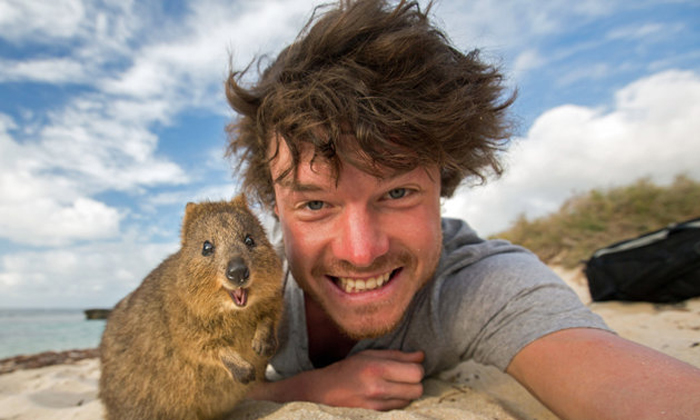 No, we are joking when we say that this man gets paid for travelling the world and taking selfies with animals.

According to The Lad Bible, from a wombat to a seal, Allan Dixon has taken selfies with just about any animal you can think of.

A photographer and computer engineering graduate, the Irish 29-year-old has an unthreatening and calming aura, which is seen in the sheer joy of the animals being in his photos.

Having been across Canada, Iceland, Norway, Asia and Australia, and posting all of his snaps on Facebook, Twitter and Instagram along the way, Dixon's followers have been multiplying by the day.

"People's reactions to these photos were rising exponentially - after three photos, it was a given I should continue the trend," he said.

"Anticipation crept into my social network as to what animal could possibly be next, with what expression?"

To gain the animals trust, spending plenty of time with them is essential.

This proves to be crucial as the animals strike perfect expressions for all of his selfies.

"[Travelers] should be very careful as to not upset or provoke the animal when they're trying to take the photo," he said. "Gain the animal's trust in a calm, relaxed manner, and the results will be golden."