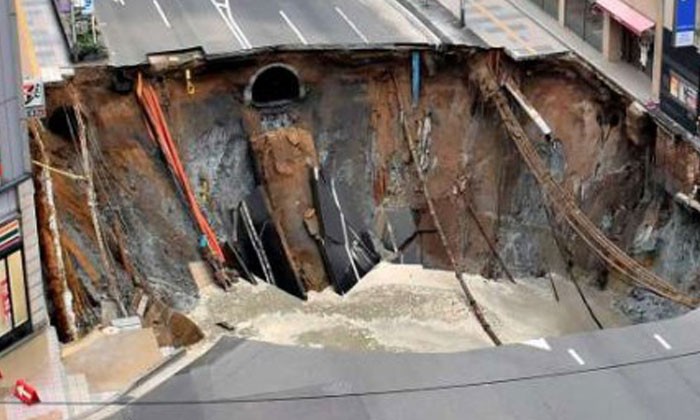 Local media reports, quoting police and city officials, said the road caved in near the busy Hakata at around 5.15am local time.

No immediate injuries were reported.

The site of the collapse was an area where construction work was ongoing to extend Fukuoka city's subway system, reports The Japan Times.

By 9am, the sinkhole had grown to 20 metres wide and photos showed that the entire road intersection was impassable.

Some 800 households were affected by outages although power was progressively restored throughout the morning.