French girl, 5, bitten by otter that suddenly 'jumped out' of water at Gardens by the Bay 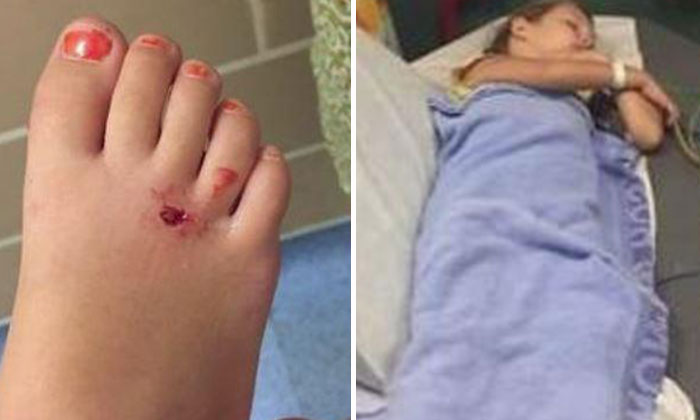 The girl’s father,  Julien le Tourneur D’Ison, told Shin Min Daily News that he. along with his wife and three children -- a six-year-old son, five-year-old daughter, and a five-month-old baby -- had gone on an outing on the day of the incident.

An otter in the water suddenly lunged at the girl who was standing near a small bridge near Satay by the Bay, and bit the girl on the her right foot.

Said Mr Le Tourneur: "We saw a group of tourists who were fascinated by a romp of otters in the water.

"The otters gradually swam towards us.

"One of the otters was about a metre away when it suddenly jumped out of the water and bit my daughter’s foot.”

The otter fled after the accident.

The girl started crying, and several passers-by came forth to provide assistance.

Fortunately, the bite did not shatter bones, although the wound was quite deep and required a minor surgery, said Mr Le Tourneur.

Mr Le Tourneur said in retrospect that the incident may have arisen as the otters felt threatened or frightened by the large group of people who had surrounded them to take photos.

At the time of the incident, two members of an otter enthusiast group, OtterWatch, were also present.

A member, Ms Goh Mei Woon, 50, said: "I was going around telling people to give the otters space. Some were standing so close, they were within touching distance of the otters.

"While I was still telling people to stand back, I heard a scream and saw a girl crying because she had been nipped in the foot.

"I saw someone coming over, who might be a staff member at the Gardens, with a first aid box."

A spokesman for Garden by the Bay said that the visitor service staff assisted the family by helping them get a taxi to the nearest hospital.

A veteran otter-watcher Jeffery Teo, 46, gave his take on the incident: "Animals can’t talk, so they react when they get stressed out.

"The bite it gave was a warning to tell humans to stand back. It could have been anyone who got bitten."

Mr Teo also advised people to stand at least 10m away from the otters, especially when they have babies, adding: "We need to respect the animals like humans. They’re wildlife, not tame pets."