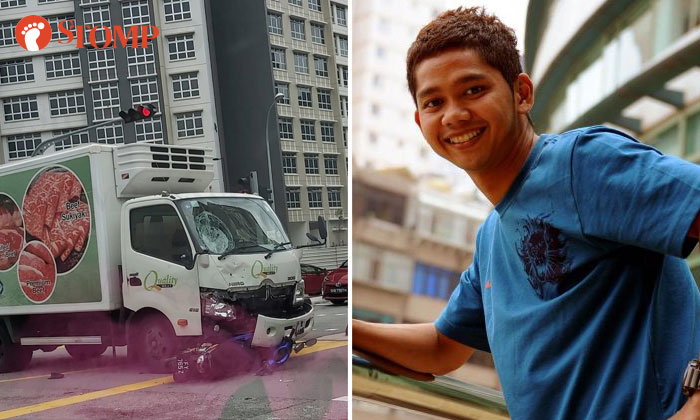 The grey skies and gloomy weather on Thursday morning (July 9) reflected the sombre mood of many in the local football fraternity, who learnt of the passing of "one of the nicest guys" in the local game.

Former national player Hafiz Rahim died after he was involved in a traffic accident in Tampines. He was 36 and had been on his motorbike at the time of the tragedy.

A police spokesman told The Straits Times that the police were alerted to an accident involving a lorry and a motorcycle at the junction of Tampines Ave 8 and Tampines St 85.

“The 36-year-old male motorcyclist was unconscious when conveyed to Changi General Hospital (CGH), where he subsequently passed away,” said the spokesman.

“His 39-year-old male pillion was conscious when conveyed to CGH. The 35-year-old male driver is currently assisting with police investigations.”

National goalkeeper Hassan Sunny, who played alongside Hafiz in the national Under-18 team and at S-League (now known as the Singapore Premier League) clubs Geylang United and Warriors FC, said his former teammate always had a sunny disposition and "was always bubbly".

"He was like a brother to me," said Hassan, who now plays for the Lion City Sailors.

"When we were young, we used to have sleepovers at my place and my mum would cook up a feast… So when I received the news, I broke down immediately.

"I saw him just last week at (futsal facility) Rainforest when I trained but because of the safety protocols (due to Covid-19), we did not get to talk to each other, but we managed to wave at one another."

Hafiz, who played as an attacking midfielder or forward, showed plenty of promise as a teenager, winning the national Under-18 Player of the Year award in 2001.

He had to wait till August 2011 to receive his first call-up to the senior national team and made his debut in a goalless draw with Thailand in Bangkok. 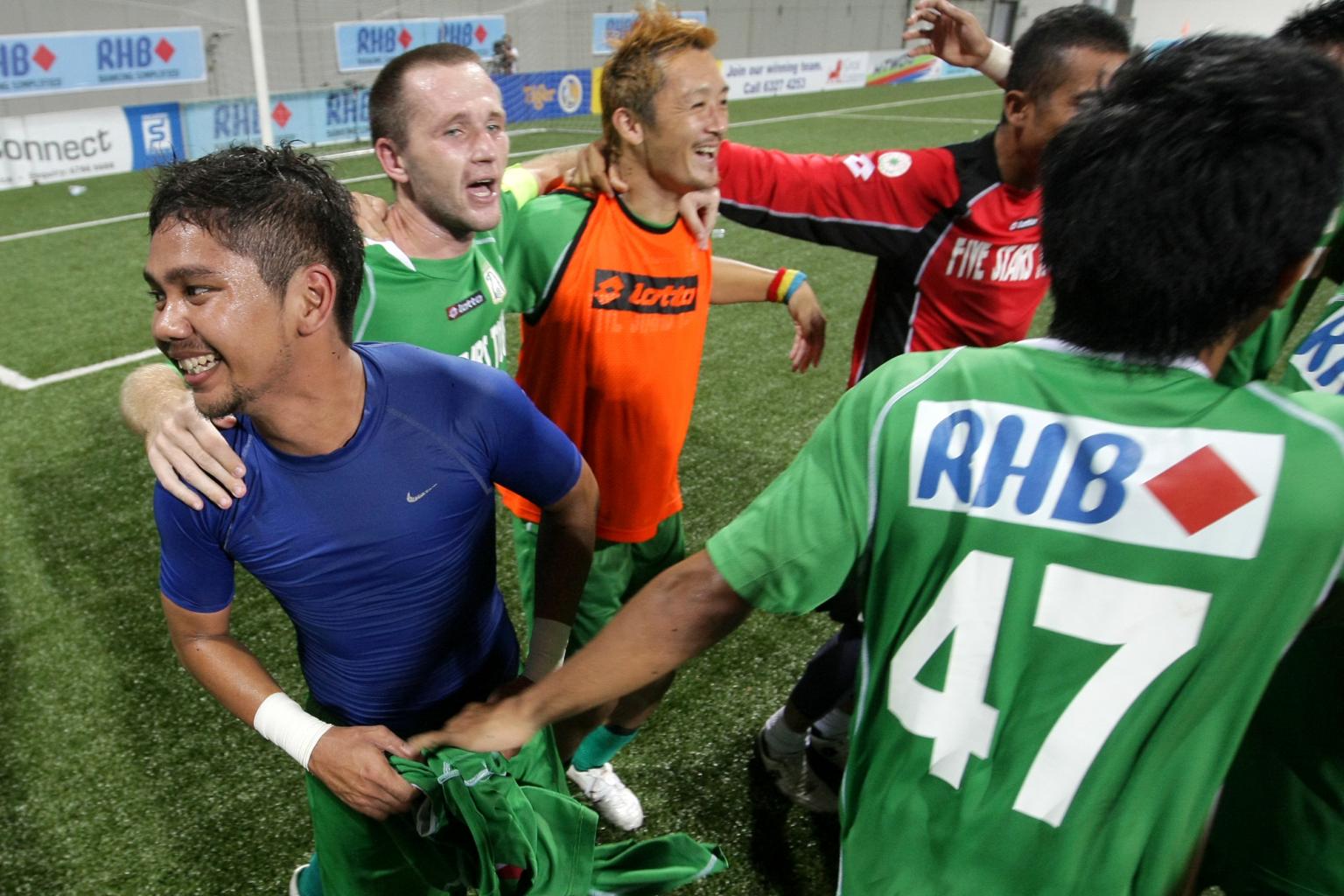 In a photo from Nov 8, 2009, Hafiz Rahim (left) celebrates his winning goal at the RHB Singapore Cup final at the Jalan Besar Stadium. PHOTO: THE NEW PAPER

He made a total of nine appearances and scored his only international goal in his final outing in a Lions jersey, in a 5-2 win over Laos in Vientiane in 2014.

He was also a part of the 2012 AFF Suzuki Cup-winning squad, although he did not feature on the pitch.

On the club front, Hafiz made his professional debut with Geylang (now known as Geylang International) in 2003, and his finest hour came when he scored the winning goal in their RHB Singapore Cup final win over Thai side Bangkok Glass in 2009.

He also won the S-League title with Warriors FC in 2014, and also played for Gombak United and Home United before calling time on his career in 2017 after a season with Tampines Rovers. 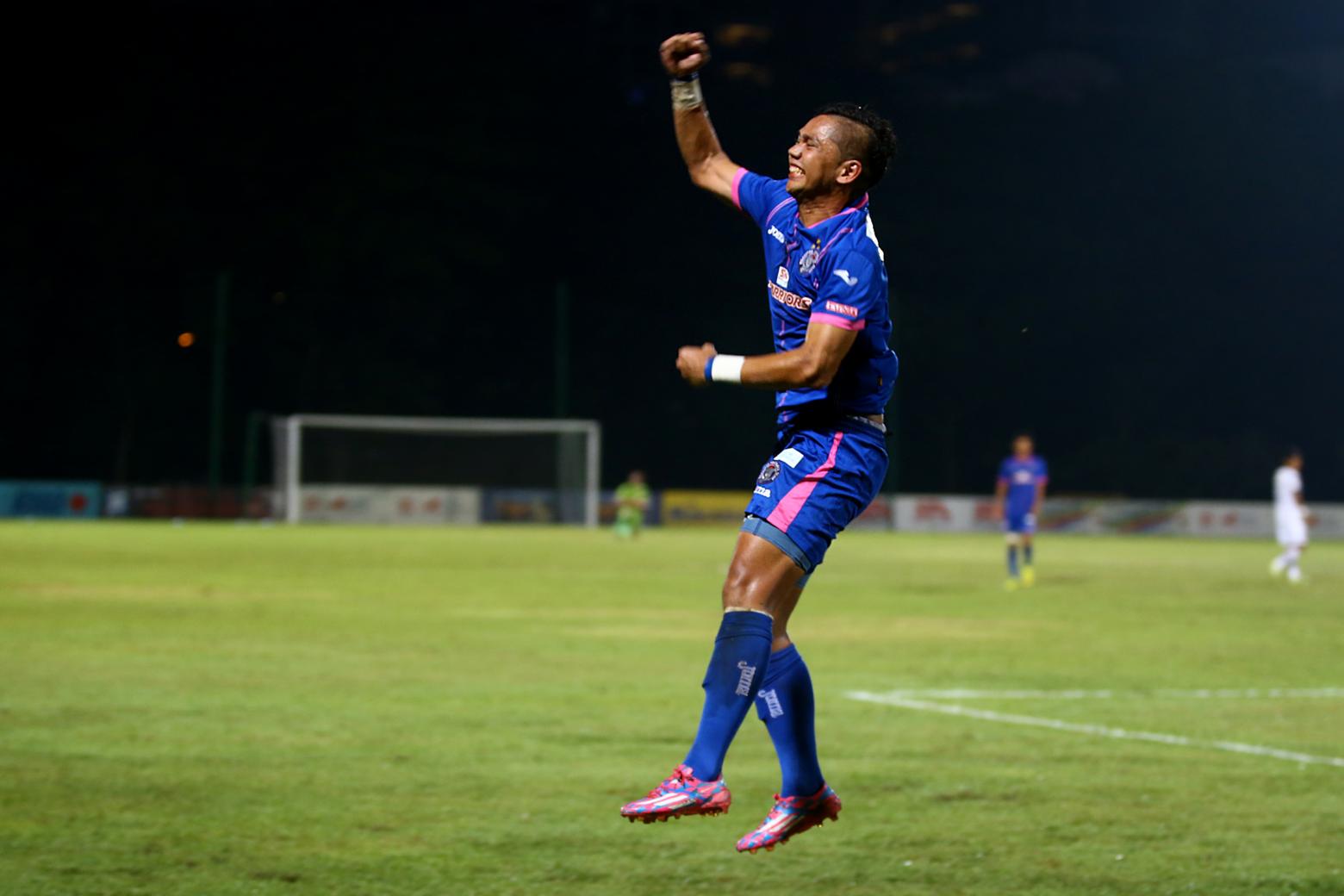 Former national striker Aleksandar Duric, who played for Geylang from 2001 to 2004, said: "He was a young boy when he came into (the first team) together with Hassan and Baihakki (Khaizan) and they were all shy at first, but they were all always enthusiastic and wanted to learn.

"I used to call him 'babyface' because he looked so much younger than he was… I called him by that nickname even when he was in his 30s.

"He really was one of the nicest guys you could want to be around… It's sad we are losing so many good people at such young ages."

Hafiz is survived by his wife and three children.