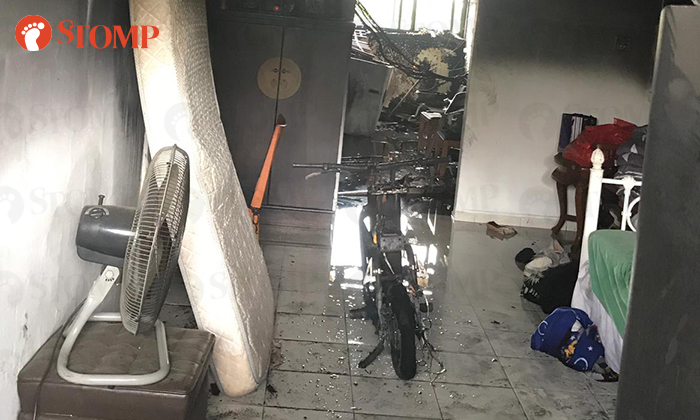 A male occupant was taken to hospital for smoke inhalation after a fire involving a charging Personal Mobility Device (PMD) broke out at a seventh-floor unit of Block 106 Bedok North Avenue 4 on Sunday morning (Oct 28).

Stomper Nana was at Block 106 when her uncle started smelling smoke.

Nana contributed photos of the incident and told Stomp: "I noticed the fire because my uncle smelled smoke.

"He went up to look and shockingly, we found out that it was my friend's unit.

"Her brother was stuck inside but he was brought to the Singapore General Hospital (SGH) for treatment.

"The brother, who's a teenager, heard a loud sound from the kitchen and saw the fire.

"The whole house was engulfed in flames. The boy was stuck in the house. He shouted for help at first but no one came to his aid. He then called the police as his gate was locked and he couldn't go out.

"A man came to his rescue and shouted to neighbours for help while asking for water.

"The man and other passers-by came together to splash water at the boy so that they could prevent him from getting burnt.

"They failed to break the window as it was padlocked. After 10 minutes, the firefighters came and saved him.

"The situation was chaotic and quite shocking as all the neighbours ran for their lives while these passers-by came together and went to the boy's aid."

In a Facebook post, the Singapore Civil Defence Force (SCDF) said: "At about 11.15am, SCDF responded to an incident at a seventh-floor unit at Block 106 Bedok North Avenue 4.

"The fire, which involved the contents of a kitchen, was extinguished by SCDF using one water jet.

"A male occupant of the unit was conveyed to SGH for smoke inhalation.

"About 40 occupants from the affected block self-evacuated before the arrival of SCDF." 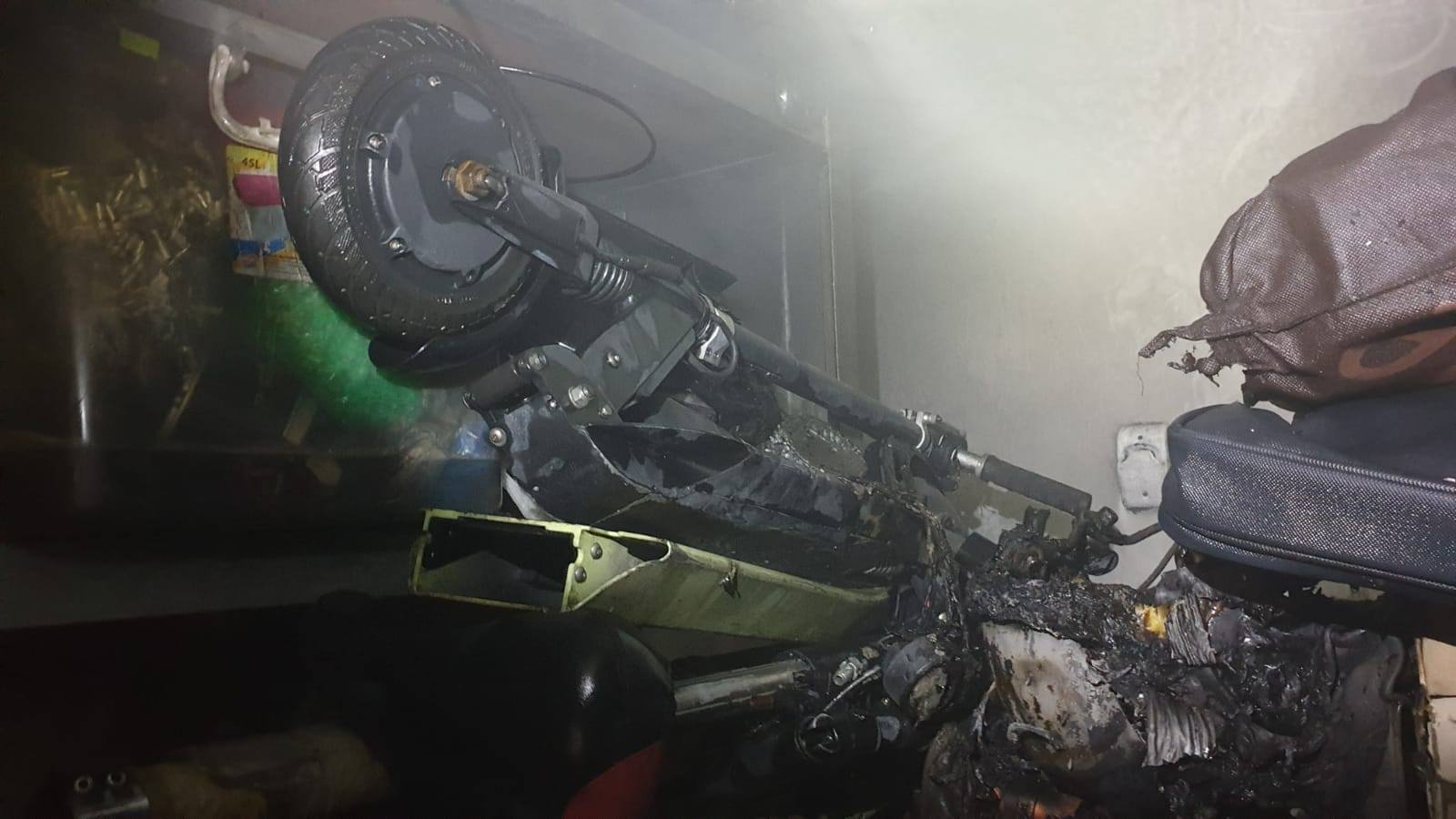 "The fire, which involved the contents of a storage room within the e-scooter shop, was extinguished by SCDF using one water jet.

"A worker from the shop was conveyed to Singapore General Hospital for burn injuries.

"Preliminary investigations into the cause of both fires indicate that they were of electrical origin from PMDs which were charging at the time of the fires.

"SCDF would like to remind the public on the prevention of PMD/PAB fires with the fire safety tips included in the infographic.

"LTA encourages all PMD owners to use UL2272 certified devices. When purchasing a PMD, look out for the UL2272 Certification Marks.

"Refer to LTA’s website go.gov.sg/ul2272sg for more information on UL2272 certification and an indicative list of UL2272 certified devices available in Singapore.

"All owners of non-UL2272 certified PMDs are strongly encouraged to dispose of their devices at designated disposal points as soon as possible.

"For more info, refer to go.gov.sg/pmddisposal."