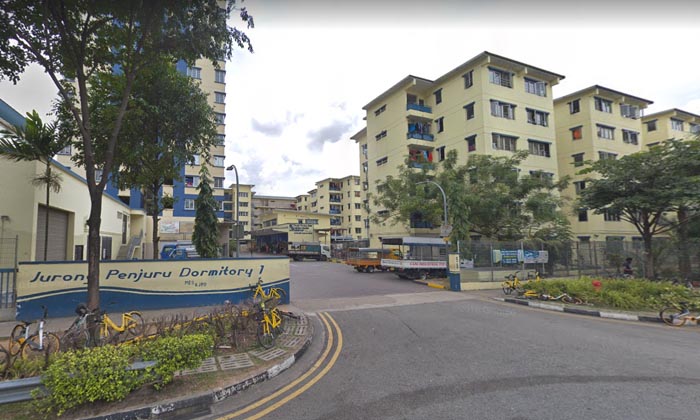 The director of a dormitory operator appeared in court on Thursday (July 4) after checks on four of the company's facilities revealed that they were "filthy and unacceptable", with problems including faulty toilet bowls and cockroaches in the rooms.

Singaporean Parvis Ahamed Mohamed Ghouse, 42, and his company Labourtel Management Corporation face the first charges to be brought under the Foreign Employee Dormitories Act, which took effect in January 2016.

They are accused of failing to comply with licensing conditions between November 2017 and January this year.

Labourtel, which comes under property and logistics solutions company MES Group, allegedly committed offences such as failing to maintain the cleanliness of the dormitories. Parvis is accused of neglect.

Labourtel Management Corporation was charged with 10 counts of offences under the Act while Parvis was handed six charges.

Two of the facilities - Jurong Penjuru Dormitory 1 and 2 - are located in Penjuru Place near West Coast Road.

The other two are Blue Stars Dormitory near Boon Lay Way and The Leo in Kaki Bukit Road 3.

The Ministry of Manpower, which carried out the checks, said: "Investigations revealed that the (dormitories) were poorly maintained. For example, there were missing or damaged light fixtures, faulty shower taps and corroded railings and staircases.

"The living conditions in (them) were also filthy and unacceptable, such as cockroaches found in the rooms."

According to court documents, inspectors found missing rubbish chute covers and toilet doors at Jurong Penjuru Dormitory 2, while stoves and washing basins were found to be damaged at Blue Stars Dormitory.

The cases have been adjourned until Aug 1.

Parvis, meanwhile, could face up to a year in jail and a fine of up to $50,000 for each charge if convicted.