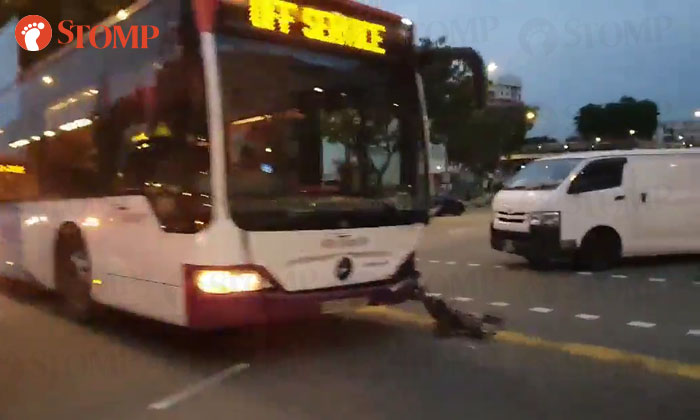 A 40-year-old woman was taken to hospital after the bus she was travelling in was involved in an accident with a van at the junction of Upper Serangoon Road and Upper Paya Lebar Road on Wednesday evening (June 19).

Stomper Kee Jun alerted Stomp to the accident and shared a video he took as he was passing by the scene.

"From what I understand, the van driver was in the wrong," said the Stomper.

He added that a car seen driving onto a pathway was not involved in the accident.

"The driver did not want to wait for traffic to clear," he said.

In response to a Stomp media query, the police said it was alerted to the accident at about 7.10pm.