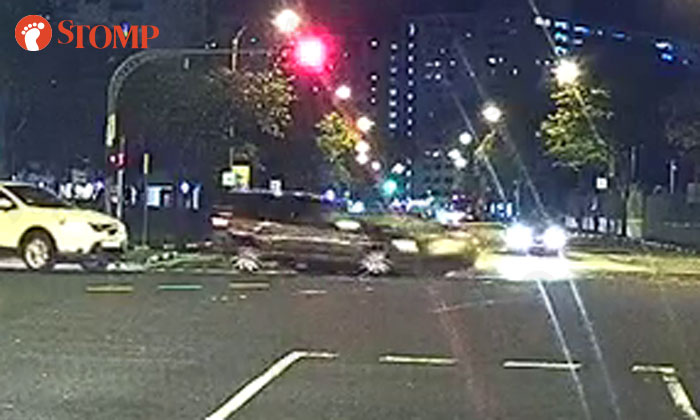 A 36-year-old woman and 58-year-old man were taken to hospital after two cars collided at the junction of Jurong West Avenue 4 and Jurong West Street 75 on Apr 3.

The woman was driving one of the cars while the man was a passenger in the other vehicle.

Stomper Tan alerted Stomp to the vehicle and shared a video of the accident that was captured on his in-car camera.

In the video, a silver car turning right at the junction is hit head-on by a black car that was going straight.

The impact causes the silver car to spin and the black car to crash into a lamp post.

Passers-by are seen rushing to the two vehicles to render assistance to the people inside.

In response to a Stomp media query, the police said they were alerted to the accident at about 9.24pm.

"One of the car drivers, a 36-year-old woman, and a 58-year-old male passenger from the other car were conscious when conveyed to Ng Teng Fong General Hospital," a spokesman said.